Worth more than $400m per year, Germany’s array of funds can make up a significant portion of a budget. Martin Blaney explores the ups and downs of the territory’s funding options, and how each can be tapped. 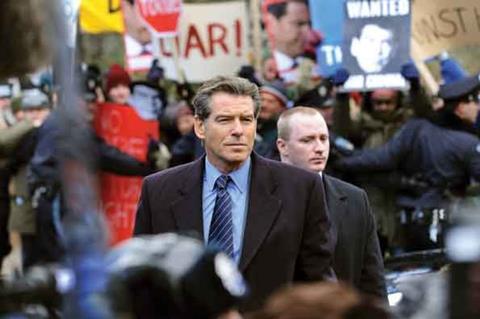 German film-makers have always been the envy of their peers around Europe because of the plethora of film subsidy programmes available at national and regional level. A total of more than $402.7m (€300m) was made available in 2009 — including $80.6m (€60m) from the German Federal Film Fund’s (DFFF) incentive scheme — to invest in all aspects of the film and television industry.

“The regional funds are very open to foreign producers,” says French producer Ilann Girard of Arsam International who produced Bille August’s Goodbye Bafana and Samuel Maoz’s Lebanon with German partners. “Of course, one needs to go through a German co-producer, but we then have a line of communication which is also important for those funds.”

Girard says the funding executives at the German Federal Film Board (FFA), which invested $930,000 (€700,000) in Goodbye Bafana, were “very pragmatic” and adds that German funding is “quite reliable since a large part of the regional and FFA funds are easily cashflowed”. However, he does note the availability of German funds to international co-productions has meant more and more are now looking to Germany which has had a knock-on effect: “The eligibility criteria are stricter with more candidates for the same funds.”

Foreign producers should also be aware that funding decisions can take time and should plan accordingly, says Jane Evans, executive vice-president for physical production at Focus Features, which is currently shooting Joe Wright’s Hanna in Germany (see case study, p55). Moreover, shoots planned for the beginning of a calendar year are increasingly faced with the problem that the funds’ budgets are practically exhausted by late autumn because of the big demand from producers.

The funds in Germany’s leading production regions — Medienboard Berlin-Brandenburg, Filmforderung Hamburg Schleswig-Holstein, Filmstiftung NRW (in North Rhine-Westphalia) and FFF Bayern in Bavaria — will probably be the first ports of call for many foreign producers.

However, a region such as central Germany — which has not traditionally been a film-making hub — has become more attractive to German and international projects thanks to the efforts of a regional government like Sachsen-Anhalt developing financial instruments which include the ImpulsMedien loan programme to complement the Mitteldeutsche Medienforderung (MDM) fund. Recent projects shooting in this region include The Last Station, Black Death and Carlos.

The production support from the regional funds is allocated as conditionally repayable loans which are repaid from the proceeds of exploitation at home and abroad. This recoupment does not disappear into a general pot, but can then be accessed by the film’s German producer as a success-related loan for a future project.

Germany as a shooting location was given a further boost at the beginning of 2007 with the launch of the German Federal Film Fund (DFFF). With an annual budget of $80.6m (€60m) aimed at local and foreign productions, the DFFF offers grants up to $5.4m (€4m) per film so long as a minimum of 25% of a film’s production costs are spent in Germany. The incentive scheme was extended last year to 2012. The advantage of the DFFF incentive — and the national German Federal Film Board (FFA) production funding — is that they are not linked to any obligation to generate ‘regional economic effects’ as required by the regional funds. At the same time, the national and regional funds can all be combined with one another.

According to Studio Babelsberg CEO Carl Woebcken, who recently received DFFF funding for Unknown White Male and Anonymous, this incentive is “efficient, transparent and unbureaucratic, particularly for international producers. And crucial for budget planning, it is a quick and direct flow of funds for the production and not a retroactive tax rebate.” Unknown White Male, for example, received $604,000 (€450,000) from Medienboard Berlin-Brandenburg and $5.4m from DFFF. A session of the DFFF’s advisory committee this year agreed to give the film an additional $280,000 (€208,860) over and above the usual $5.4m cap.

Applications can be submitted at any time.

The producer must have produced at least one theatrically released film in Germany in the past five years before filing the application.

Producers are required to invest a minimum of 5% of the production costs as their own funds in the project.

Films supported include The White Ribbon, Inglourious Basterds and The Ghost Writer.

The Filmstiftung NRW requires the film project to show promise of contributing to the cultural quality and commercial viability of German cinema.

The applicant must invest a minimum of 5% of the production costs as their own funds in the project.

The producer is obliged to spend 150% of the conditionally repayable loan awarded in North Rhine-Westphalia.

Films supported include The Reader, Henri 4 (aka Henry Of Navarre) and Chéri.

The producer submitting the application must have their private and commercial residence in Germany.

Applications for production funding must be accompanied by a distribution contract. The producer must provide a personal contribution of at least 30% of the film’s financing.

The producer is obliged to spend 100% of the funding awarded in the Berlin-Brandenburg region.

In the case of co-productions, only the German co-producer may submit an application.

Films supported include The White Ribbon, Ajami and When We Leave.

The producer submitting the application must have a registered or branch office in the Federal Republic of Germany.

Applications for production funding must be accompanied by a distribution contract. At least 1.5 times the allocated loan must be spent in Bavaria.

Co-productions: only the German co-producer may submit an application.

Films supported include Vicky The Viking, Perfume: The Story Of A Murderer and The Crocodiles.

The basic requirement for a successful application is evidence that parts of the Mitteldeutschland region will benefit culturally and, most of all, economically from the project.

The amount spent in the region must be equal to or greater than the allocated funds.

Applications for funding will be processed only if the project has been discussed with a fund staff member at least two weeks before the submission deadline.

An application must state in detail what production costs will be spent in Thuringia, Saxony and Saxony-Anhalt, respectively.

In the case of co-productions, only the German co-producer may submit an application.

For feature films with budgets of more than $1.1m (€800,000), the project will only be supported if the production shows promise of being a commercial success in the cinema or having special cultural significance for Hamburg and/or Schleswig-Holstein.

Producers are eligible to apply and required to invest a minimum of 5% of the production costs as their own funds in the project.

The producer is obliged to spend at least 150% of the funding awarded in the Hamburg/Schleswig-Holstein region.

An economic interest exists if at least 120% of the financial support awarded is spent in the region.

Producers are required to invest a minimum of 5% of production costs as their own funds in the project.

Of particular interest are applications by projects suitable for the international market and/or co-produced by a European partner.

In the case of co-productions, only the German co-producer/partner may submit an application.

The producer has to spend at least 125% of the nordmedia support in Lower Saxony and Bremen.

Applications can be submitted to four deadlines a year.

Applicants must have a main or branch office in Hessen to submit an application. Companies outside Hessen are also entitled to apply if they carry out a certain proportion of the production in Hessen.

The producer must spend at least 100% of the support granted by the Investionsbank Hessen in the region.

Films supported include Vision, The Counterfeiters and The Rainbowmaker.