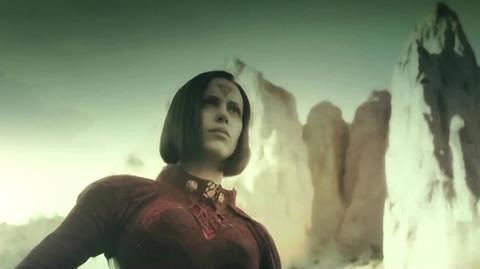 Lush but ludicrous, beautiful but bewildering, inventive but inaccessible, the latest fantasy romp from Oshii Mamoru – who became something of a cult following his 1995 anime Ghost In The Shell – is a film that will challenge the endurance power of even the most loyal fans of this type of live action/animation/ video game mélange. The casting of name actors such as Lance Henriksen and Kevin Durand may help international marketing and distribution but formal release will be a challenge.

The digital effects do help create a remarkable fantasy world, and certainly do much to create a strange and immersive alien environment, but in the end even great looking effects can’t make up for plodding and clichéd dialogue and a less-than-gripping fantasy plot.

There is a great deal of ambition to its massively complex storyline, and while the visual effects are busily vivid at times, the sheer po-faced seriousness of the story and the thinly developed fantasy characters makes it feel like this is simply one chapter in a massive, interweaving, narrative…and one that ends rather abruptly and flatly as if calling out for an equally overblown sequel. The film premiered at the Tokyo International Film Festival.

Post Ghost In The Shell, further Mamoru films such as Ghost In The Shell: Innocence, The Sky Crawlers and  Assault Girls have failed to grip audiences, and while Garm Wars: The Last Druid may intrigue game fans - and certainly delivers a glossy and busy trailer – it is a demanding film in terms of trying to decipher its complex backstory and interweaving characters.

Still, it does feature – of all things - a sacred Basset Hound…which must be a first in such a fantasy adventure, and could see it at least of interest to followers of mutts in movies.

The film opens in typically spectacular sci-fi fashion with alien planes battling each other, and though the accompanying exposition is hard to follow in amidst the cacophony of explosions and blasts, it seems that their world is deep at war, with only three of the original tribes who once reigned over the planet remaining. These are the Columba, who rule the skies; the Briga who control the land, and technology experts the Kumtak.

From here on in, things get really complicated thanks to the arrivals of rebel Kumtak priest Wydd (Henriksen) who has with him a small female druid named Nascien, who hides behind a metal mask, along with their sacred Basset Hound, apparently one if the last Gulas (dogs) left to snuffle around. Wydd forces Briga pilot Stellig (Kevin Durand, who is fond of starring in fantasy films, such as Resident Evil: Retribution, I Am Number Four and The Mortal Instruments: City Of Bones) to fly them out of danger, but they are followed by Columba fighter pilot / martial arts expert clone Khara23 (impressive Canadian actress Melanie St-Pierre, decked out in a snug red jumpsuit) who is capable and determined fighter.

Naturally they all end up bonding – well, at least initially – and after landing on a planet have cross vast lands and battle mechanical giants before heading off to a twist and a revelation about what Nascien is really all about that feels rather abrupt, with the film wrapping in mid-chapter mode. Whether a sequel – with accompanying answers – ever comes along remains to be seen.

The characters are all familiar ones to game players, and while Durrand’s character is more the muscle-headed grunt at least St-Pierre’s character has some questions to ask, with her Khara23 the most interesting of the bunch. Lance Henriksen – who have served time in sci-fi films, from Aliens onwards – has some fun with his straggling long grey hair and almost gutsy monologues….but at the same time, the sweet’n’slobbering dog which plays the Gula plays just as vital a part.

The digital effects do help create a remarkable fantasy world, and certainly do much to create a strange and immersive alien environment, but in the end even great looking effects can’t make up for plodding and clichéd dialogue and a less-than-gripping fantasy plot.