Commercials and video director Giuseppe Capotondi talks to Screen about his debut feature The Double Hour, recently released in the US. 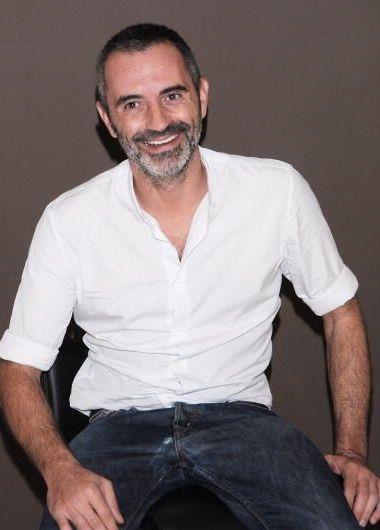 It’s a thriller, a film noir, a giallo, a love story, a simple tale of deception. Italian feature The Double Hour (La Doppia Ora) is many things but what is beyond doubt is its pedigree: the film triumphed at Venice in 2009, earning Russian born Kseniya Rappoport the Coppa Volpi for best actress and Filippo Timi the Pasinetti Award for best actor.

Commercials director Giuseppe Capotondi collected the Young Cinema Award that night for the best Italian film on the Lido. He talks about the many shades of his feature directorial debut and the importance of Xanax at awards shows. Samuel Goldwyn released The Double Hour recently in the US.

How did you get involved in The Double Hour?

I got a call from the producers. They’d seen my work as a commercials director and apparently they liked it and called me. They had a first draft which was similar to the one we shot. I was very lucky.

Was it a long shoot?

We had time to shoot it but we were very quick in preparing it, which was a good thing because you never know if the producers will change their minds. We prepared for four to five months and it took eight weeks to film. We shot in Turin and the last scene was shot in Buenos Aires. We went there just for one shot!

Two people fall in love, but there’s so much else going on. How would you describe this film?

The story is a very straightforward one of deception. It’s a love story that goes wrong. It’s about guilt and the incapacity of human beings to forgive themselves and others, but mostly themselves. It’s about the second chance and the incapacity of taking it when it comes to you. It’s in the style of a film noir or thriller. It’s like an Italian giallo from the ’70s, which I grew up watching. It’s a mix of genre and crime with a little bit of horror and a love story. There are also references to J-horror and {the film has] some of the atmosphere of Polanski and De Palma.

How were the actors to work with and what was it like at the awards ceremony in Venice?

I knew Kseniya was good but to be recognised by the jury at Venice was great. I was very lucky with the actors. They were good and helped me a lot because as a first-time director I think it could have been tricky. They did what I was hoping for and more. I was very scared [at the awards ceremony] because I was a first-timer on the Lido with the other directors, who were big shots. For me, coming from a small village it was scary and fun at the same time. I took Xanax a couple of times to keep me going. It was fun at the end.

How does shooting a feature compare to commercials work?

The similarity is you go on a set every day. I was lucky again because I brought all my usual crew, so the same DoP, art director, editor and costume designer. They were like a big family and they helped me a lot. It wasn’t that difficult at the end of the day besides the length of it: I’d never shot more than six days in a row before. Eight weeks sounds overwhelming and I was afraid it was going to be hard, but you just go with the flow and there’s no client on set. You really have the last word as director, unlike commercials where everybody seems to think they need to say something.

I keep doing my day job as a commercials director. Hopefully something is coming up [in features], let’s see.