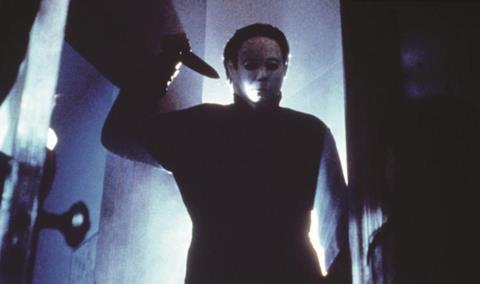 As a narrative, it couldn’t be simpler: a masked killer stalks the promiscuous teenage residents of a suburban street on Halloween.

In 1978, director John Carpenter turned this slight idea into a terrifying film that grossed $47m (on a modest budget of $325,000), introduced now-familiar tropes such as the final girl and the motiveless monster, and became the blueprint for modern horror films.

Given Halloween’s organic feel, it’s perhaps surprising it was the result of a calculated business decision by indie producers Irwin Yablans and Moustapha Akkad.

Determined to make a frightener with as much impact as The Exorcist (1973), Yablans and Akkad had in mind a film about a psychotic babysitter stalker, and approached Carpenter after being impressed with his 1976 feature Assault On Precinct 13.

As Yablans later told Fangoria magazine, two things convinced them Carpenter was right for the project: “Carpenter told me the story verbally and in a suspenseful way, almost frame for frame. Second, he didn’t want to take any fees, and that showed me he had confidence in the project.”

Shrewdly, the director did retain the rights to a share of the profits.

Carpenter co-wrote the film with partner Debra Hill — who suggested the title Halloween — populating the screenplay with several homages to Alfred Hitchcock, whose subtle approach to scares he so admired.

And it was Carpenter’s love for Hitchcock that offered up then-unknown star Jamie Lee Curtis. While she was not the first choice for the role of Laurie Strode, Carpenter and Hill saw the publicity value inherent in the fact Curtis is the daughter of Psycho star Janet Leigh.

Cinematographer Dean Cundey also borrowed Psycho’s trick of unsettling POV shots, filming much of the action through the eyes of killer Michael Myers. Add in that disturbing synth/piano theme, composed by Carpenter, and Halloween becomes a masterclass in tight, effective big-screen scares. “Halloween is a visceral experience,” wrote critic Roger Ebert in 1979. “We aren’t seeing the movie, we are having it happen to us.”

The film was so successful in frightening audiences that it ushered into the mainstream the niche slasher sub-genre, which came to define 1980s horror and spawned directors including Sean S Cunningham (Friday The 13th) and Wes Craven (A Nightmare On Elm Street), whose later Scream franchise explicitly referenced the Halloween template.

Carpenter’s film also kick-started the trend for seemingly unlimited low-budget sequels and, in later years, remakes, making the horror franchise a lucrative and dependable — if increasingly uninspiring — business model. Conversely, it continues to act as a benchmark for what can be achieved by genre filmmakers with minimal budget and maximum imagination.