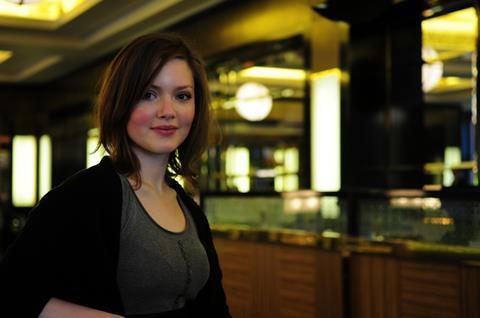 After a string of successful television productions, including ITV’s teen vampire drama Demons, Grainger’s career has shifted gear over the past 12 months. She made her feature debut in Pat Holden’s 1980s-set football drama Awaydays, which enjoyed a busy festival life prior to its recent UK release, and has just completed her stage debut in the Donmar Warehouse production of Dimetos in which she held her own with the likes of Jonathan Pryce and Anne Reid. Grainger will soon be seen in Tom Harper’s eagerly awaited British film The Scouting Book For Boys, written by Jack Thorne for Pathé and Film4, in which she stars alongside Thomas Turgoose as a troubled 14-year-old with a terrible secret. Looking ahead, she is keen to combine theatre with film work, particularly within the low-budget sector. “There’s more passion in the indie scene,” she says.