Director Shamira Raphaela, chair of the advisory commission at New Dawn, gives the lowdown on the new pan-European production fund. 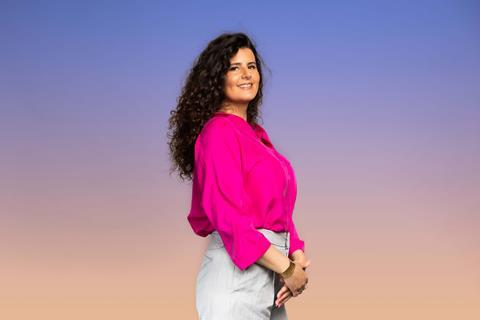 Shamira Raphaela’s latest feature Shabu was considered a breath of fresh air when it won the IDFA award for best youth documentary last year. A film with humour, verve and energy, it told the story of a loveable Dutch-­Caribbean teenager from Rotterdam who continually gets into scrapes but still keeps on trying to make it big. When the film subsequently screened at the Berlinale this year, Raphaela met up with Netherlands Film Fund CEO Bero Beyer.

“I talked about the hurdles I encountered as a filmmaker,” the Aruban-Dutch filmmaker says. “You want to focus on the artistic quality [of the film], and on developing your skills and your vision, but at the same it time it feels like you have to change the whole landscape of the industry to be able to tell your stories.”

Beyer had sought out Raphaela precisely because of the challenges she had faced in getting her films commissioned and financed. He hoped she would chair the advisory commission of new pan-­European production fund New Dawn, which aims to open up the European film industry to those who are usually shunted to the margins.

The New Dawn rhetoric is all about creating “a vibrant, open and inclusive film industry with true diversity of perspectives and filmic expressions [that] has relevance for everyone”.

Raphaela agreed quickly to take the job. “As a film industry it is our joint responsibility to reflect a kaleidoscopic picture of the societies we live in, instead of reducing humanity to a singular story,” she says.

Raphaela has had to battle with fund heads and financiers with rigid ideas about what audiences want to see — and what they should invest in.

“One of the biggest problems is fighting this illusion of who the audience is that you are creating for,” she says. “But the stories that the institutions in charge seem to crave are filtered through the dominant lens. It has always been difficult to convince funders that the other perspective is also a just representation of reality. I made Shabu to counter the one-sided narrative on Caribbean diaspora families and lower socio-economic-class neighbourhoods.”

The new fund aims to open up opportunities for different kinds of storytelling. Each grant cannot be recouped and there are no territorial spending obligations — in other words, the kind of no-strings-­attached money that filmmakers love to receive. The first deadline for applications is at the end of June, and there is a joint advisory committee of independent international advisers assessing the applications.

All the funds will send out their own calls for applicants. The programme will run on an initial three-year trial basis. “New Dawn is not going to erase decades of imbalance in our industry,” Raphaela notes of the continuing lack of diversity within European cinema. However, given the funding institutions “are the head of the chain and play a leading role in creating and maintaining this situation”, changes in their decision-making processes are an essential step.

It helps that New Dawn is a European-­wide scheme. “This surpasses national borders. I think that’s an important aspect of this initiative. We should handle this as one Europe and hold each other accountable.”

The fund is not just aimed at newcomers. Applicants are expected to have 50% of their funding in place before they approach New Dawn and so will need some industry know­ledge and support.

“The initiative not only provides financial support but also aims to connect these professionals to a strong European network that will allow them to reach a next level in their career,” Raphaela explains. “We should all strive for an environment in which under-represented voices can take ownership of their narrative, and flourish to their fullest artistic potential.

“To create a good habitat, we need to change the ecosystem of the film industry,” she adds. “When you want to change a system, you need to start with the roots — and the roots are the funding institutions.”