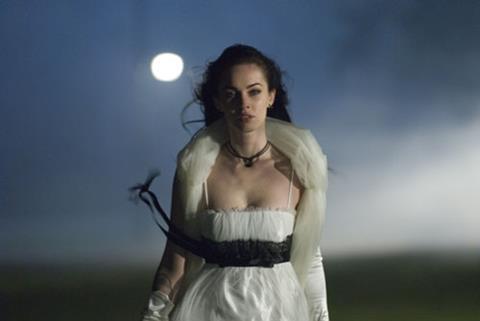 Though clever and generally amusing, the horror-comedy Jennifer’s Body runs into problems on the fright front. Working from Diablo Cody’s first produced screenplay since her Oscar-winning script for Juno, director Karyn Kusama and star Megan Fox seem uncertain if they’re satirising the conventions of teen gore-fests or simply catering to their core audience’s expectations.

After its Toronto premiere, Jennifer’s Body will be released in the US on September 18 amidst a glut of other similar titles, including Sorority Row and Pandorum. Jennifer’s Body should stand out, though, thanks to the high-profile participation of Fox (coming off the summer’s top domestic film, Transformers 2) and Cody. An advertising campaign that plays up the film’s sex appeal, horror and laughs will certainly help, too.

Mousy teenager Needy (Mamma Mia!’s Amanda Seyfried) is best friends with Jennifer (Fox), the hottest girl in their high school. But after Jennifer returns from a night hanging out with a mysterious rock band, Needy can’t help but notice that her pal is acting demonically. Soon, a string of savage murders of male students at their school convinces Needy that something unholy has happened to Jennifer.

Cody’s script for the romantic comedy Juno demonstrated her knack for quirky dialogue filled with pop-cultural references and manufactured catch phrases. With Jennifer’s Body, she once again fills her protagonists’ mouths with self-consciously clever lines, a technique that has lost much of its novelty and charm. However, when she riffs on the insecurities of her young characters and teen movie stereotypes, she finds some fresh comedic territory. In particular, a running gag about a local indie-rock band’s unstoppable quest to be hip is consistently funny.

Having two very different female-centred films, the independent Girlfight and the big-budget action movie Aeon Flux, director Karyn Kusama clearly envisions Jennifer’s Body as a commentary on the complicated relationships between adolescent girls. Though it’s often too obvious, Jennifer’s Body tries to spice up the gore by making Jennifer a symbol of every school’s beautiful-but-bitchy heartbreaker who enjoys flaunting her sexual power while devouring every boy in her path. (As opposed to real life, though, Jennifer literally does devour them.)

Despite its selling points, however, Jennifer’s Body can’t help but feel unsatisfying. Part of the problem comes from the filmmakers’ noticeable superiority to the genre they’re working in. Jennifer’s murderous acts lack tension and are shot rather perfunctorily, as if Kusama is contemptuous of horror movie conventions but is unsure how best to parody them. And while Fox certainly has the physical attributes required to be every young man’s object of desire, she doesn’t have the truly witchy demeanour needed to make Jennifer despicably arrogant about her looks. The rest of the cast do their best with equally underdeveloped roles, but Adam Brody shows real comic flair as the local band’s cocksure frontman.