Johnny English lives on at top of UK box office

The Three Musketeers swashbuckle their way to third, while Real Steel fails to land a knockout blow. 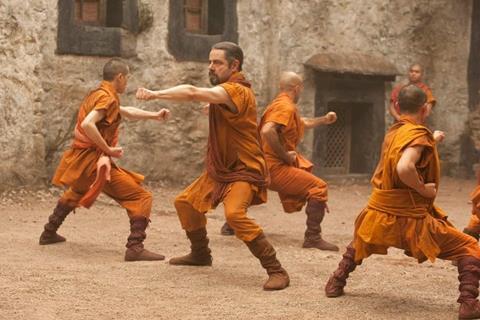 It’s still less than halfway towards challenging Mr. Bean’s Holiday ($35.3m/£22.4m) as Rowan Atkinson’s biggest UK grosser but the upcoming school half term could give it a significant boost towards toppling its predecessor’s $31.0m (£19.7m) tally.

Disney’s 3D re-release of The Lion King continued to perform impressively in its second week, posting only a 31% drop on its way to $3.0m (£1.9m) to hold firm in second. The half term could well see it post another £1m+ weekend this week; either way, its current $9.4m (£5.9m) running total is still excellent business for a re-release.

While not director Shawn Levy’s worst UK opening, Real Steel hardly inspired with a $2.1m (£1.3m) opening salvo to land fourth. Disney’s action-sci-fi recorded a $5,488 (£3,474) average across its 385 locations, but there’s no doubt that more would have been expected.

Rounding off the top five, StudioCanal’s Tinker Tailor Soldier Spy showed signs of slowing down in its fifth week with a 46% drop but can take comfort in its hugely impressive $19.5m (£12.3m) haul so far.

Following on from Universal’s live offering of The Phantom Of The Opera earlier in the month, Saturday’s live stream of MET Opera’s Anna Bolena performed strongly as well. While its $214,428 (£135,733) is down on Phantom’s haul, it did so from significantly fewer locations (50 compared to 255) and achieved a higher average of $4,289 (£2,715) to chart 13th.

Next week sees saturation releases for Warner Bros’ Contagion, Fox’s Monte Carlo and Paramount’s threequel Paranormal Activity 3. Universal’s Judy Moody And The Not Bummer Summer and Sony’s Restless receive wide releases, while Paramount’s We Need To Talk About Kevin gets a limited release.