Journey To The West 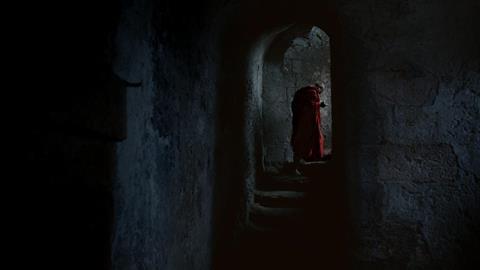 The question “How slow can you go?” is answered with sublime poise (quite literally) by actor Lee Kang-Sheng in Tsai Ming-Liang’s extraordinary Journey To The West (Xi You) - a film that may well be the last word in (and overtly on the subject of) ‘Slow Cinema’. A follow-up to the Taiwanese director’s 2012 short Walker – which originally formed part of the portmanteau film Beautiful 2012 - Journey takes the same premise, a Buddhist monk walking at something slower than tortoise pace, relocates it in Marseille and introduces the always fascinating wild card of Denis Lavant.

The film is a tribute to the astonishing physical and mental discipline of Lee Kang-Sheng, one of the great Everyman figures in modern cinema, and to the elegance and mastery of a director whose films represent a subtle, constantly surprising and often moving brand of minimalism that’s entirely his own.

The words ‘hypnotic’ and ‘mesmerising’ are over-used with regard to such abstract cinema, but the words genuinely apply in this remarkable venture which is more like a performance or installation art project than an ‘art film’ in the regular sense. Journey is most likely to flourish in very specialised niches, both at festivals and on the art fair circuit, where it should enjoy a prestigious ‘event’ status, especially when screened - as it was in the Berlinale Panorama - on a gigantic IMAX screen, the projection format truly adding a special dimension.

Consisting of only 14 shots of varying lengths - from very brief to a centrepiece of approximately 20 minutes - the film shows two men, narratively unconnected, who finally come together in an extraordinary (and very amusing) sequence that shows off both actors’ physical skills and sense of timing. The film begins with a lengthy close-up in darkness of a largely unblinking Lavant, his weatherbeaten features (down which a single tear eventually rolls) filling the screen like a craggy lunar landscape.

Further shots of Lavant’s face by day are interspersed with the progress of a red-robed monk (Tsai regular Lee Kang-Sheng) as he undertakes a spiritual and physical exercise of walking in extreme slow motion across Marseille, beginning in one of the crumbling, deserted buildings that are a favourite Tsai locale. In some shots, the monk is briefly glimpsed in the crowd, in others he’s at the centre of the image, filling the screen, and sometimes (in shots that confirm Tsai’s status as a deadpan humorist and actor Lee as his Zen Buster Keaton), the monk materialises improbably - passing outside a window or glimpsed in the distance in a mirror.

This very sculptural film makes dazzling use of the mirrored canopy of Marseilles’ Port Vieux Pavillion - in one magically framed shot, making a stretch of waterfront resemble an ‘infinity pool’, and in a teasing sign-off, leaving the viewer searching for the monk in an upside-down crowd, Where’s Wally? style (a touch of delicate jazz piano sneaks in bewitchingly at this point).

Marseilles itself is another star of the film, its population reacting with the players in two shots in particular. One, the film’s centrepiece, has the monk - a silhouette backlit by a shaft of daylight - descending a staircase while passersby ignore, observe or puzzle over him. In the other, he moves past a busy corner bar, while this time Lavant follows him at a distance, also slowly and in pretty much perfect synch.

The film is a tribute to the astonishing physical and mental discipline of Lee Kang-Sheng, one of the great Everyman figures in modern cinema, and to the elegance and mastery of a director whose films represent a subtle, constantly surprising and often moving brand of minimalism that’s entirely his own. Journey To The West shows that style at its simplest and most rarefied, but also, in a gloriously counter-intuitive way, its most directly pleasurable.