Law enforcer on the front line

The UK-born, Singapore-based Mike Ellis is integral to the clampdown on piracy, in his role as head of the MPA’s Asia-Pacific region. He tells Wendy Mitchell why he has the perfect job for an ex-cop who loves movies 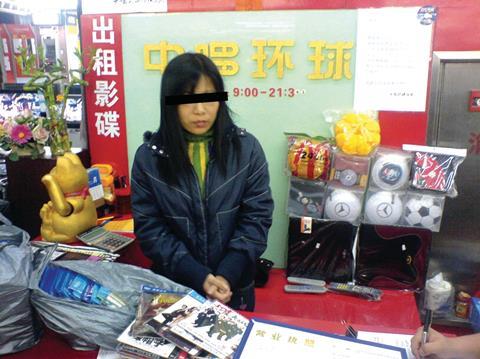 “We were in China together, and he said, ‘I’d like to go see a DVD shop,’” the UK-born Ellis explains. “So I took him to a pirate shop called The Oscar Club. It’s an incredibly well-run shop, not only with US movies but productions from around the world. We paid for a number of discs for evidential purposes.” The shop owner gave Glickman a free soda for being a good customer. The next day, Ellis and his friends in law enforcement had the shop raided.

“At the end of the day, I’m working for the film companies and the entertainment industry that impacts everyone’s lives. I love movies myself.”

In his past career as a police officer, Ellis was charged with protecting presidents, prime ministers and serving as a aide-de-camp to Christopher Patten, the last governor of Hong Kong. Now he finds even more satisfaction protecting Hollywood abroad, as one of the industry’s key anti-piracy experts.

“I was in the special branch police VIP protection unit, protecting people like Princess Diana, presidents, prime ministers,” Ellis says of his police background. “Here, I’m just as happy to protect the movies. At the end of the day, I’m working for the film companies and the entertainment industry that impacts everyone’s lives. I love movies myself.”

Prior to joining the MPA in 1999, 49 year-old Ellis was a British police officer, a Hong Kong police officer and a lawyer (see career box). So he sees his job now as a perfect blend of his experience. “It’s a job that combines my background as a policeman, as a lawyer, and in politics working with Patten; I get to deal with complex issues.”

The MPA’s Asia-Pacific patch includes 13 countries: Australia, New Zealand, Japan, South Korea, Taiwan, Hong Kong, China, Singapore, Malaysia, Thailand, Indonesia, India and Pakistan. Ellis is based at the MPA’s regional office in Singapore but spends up to 70% of his time on the road.

About 12 people work in the Singapore office, with a further 100 out in the field. The field staff include lawyers and those with police backgrounds.”There’s a great range of skills,” Ellis says.

“Piracy can’t be looked at in a vacuum. In China, there’s one of the worst piracy problems in Asia, but we can’t physically get our product into the marketplace legitimately.”

The issues in New Zealand are very different to those in China or Japan. “It’s like playing chess in 13 different countries with 13 different opponents,” he says of keeping track of piracy trends in each location.

He also works with governments and industry associations to protect the interests of MPA members (the studios: Buena Vista, Paramount, Sony, Fox, Universal and Warner Bros). “What I do provides value to the companies, fighting piracy but also helping them with market access and tackling issues such as taxation,” he says of the MPA’s lobbying on legislative issues and policy building.

“Piracy can’t be looked at in a vacuum,” he notes. “In China, there’s one of the worst piracy problems in Asia, but we can’t physically get our product into the marketplace legitimately. Unless you deal with those market access issues, you won’t be successful in fighting piracy.” This ex-policeman knows the threats of anti-piracy work and he still joins raids when appropriate.

“The inherent danger is there for my staff. We’ve had fractured skulls, people shot at, an informer who had to go into protective custody because of murder threats,” he says. “The people you are up against are hardened criminal networks.” Even Lucky and Flo, the sniffer dogs who root out discs in customs checks, have had bounties on their heads from pirate networks in Malaysia.

Ellis came to Asia in 1980, leaving the British police force job he had joined when he was just 16, to move to the Hong Kong Police. “Asia is very much my home,” he says. “I love the diversity of the culture, the energy, and I don’t mind the heat.

“When I started this job, certainly Asia was the coal face of piracy with the hard, good product coming out of here infecting the whole of the world,” he says.

The internet has made the situation more global. Ellis says: “You have to be thinking and acting globally at all times; it’s not just your own region you have to think about. I had a case with a lawyer in Malaysia, Taiwan servers streaming the product, the fees routed to Singapore, and the guys were collecting money on a beach in Phuket [Thailand].” He has seen tangible successes from the MPA and local government work to combat piracy in the region.

“We’ve had fractured skulls, people shot at, an informer who had to go into protective custody because of murder threats,” he says. “The people you are up against are hardened criminal networks.”

“We have seen legislative improvement since I started in 1999, especially in places like Malaysia and Hong Kong,” he says. Hong Kong created the world’s first anti-camcorder law nine years ago; Malaysia started anti-organised-crime legislation eight years ago.

In Hong Kong, when Ellis first took the job in 1999, there were more than 1,000 shops selling pirated discs; now that figure is closer to 30. As in other areas, The MPA is only one piece of the puzzle. A territory also needs the right resources and commitment from law enforcement, effective legislation, and a judicial system willing to enact consistent, appropriately harsh penalties.

“It’s not just the 18-year-old in the shop,” he says of the Hong Kong prosecutions. “Policing techniques can be used to go upstream and attack the organised crime part of it.”

Ellis and his team are continuing to lobby for tough copyright laws and appropriate law-enforcement resources.

He also says more needs to be done to educate consumers. “We need to reach out and explain that if it’s on the internet, that doesn’t mean it’s free, and that if you are on a P2P network, you can click but you can’t hide.
There are consequences to what you do,” Ellis says.

Education efforts in Japan, for instance, have helped because the public has a strong law-abiding ethic. “Piracy was well over 50% there but once we explained to the consumers that piracy was a crime and people’s jobs are impacted, now it’s down to about 10%.”

“When I took the job, my number one goal was to contain the problem, then you look at how to reduce it, and ultimately eradicate it. Maybe we can’t eradicate it in my lifetime, but we march towards that goal.”

MPA at a glance