The 2010 European Film Awards, held December 4 in Tallinn, Estonia, is trying to open doors for the continent’s film-makers — both within and beyond Europe. Geoffrey Macnab reports 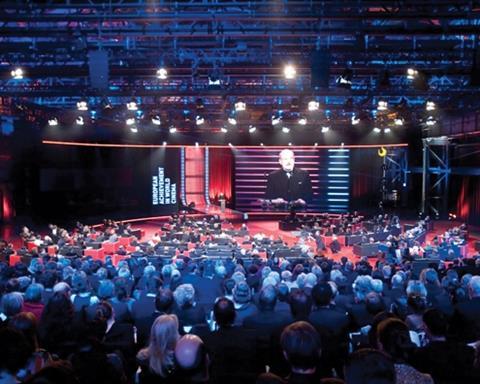 When the European Film Awards (EFAs) were launched in 1988, some of the biggest names in world cinema were behind them. Ingmar Bergman was the first president of the European Film Academy, while figures such as Bernardo Bertolucci, Krzysztof Kieslowski, Claude Chabrol and Pedro Almodovar were among the most fervent early supporters of the event. During the late 1980s, as the Iron Curtain was pulled aside, there was a utopian idea about the role cinema could play in building a new Europe.

In 2010, on the eve of the 23rd awards ceremony in Tallinn, Estonia, some of that initial energy may have dissipated. However, it is clear the event has taken deep root.

Why Tallinn? The city is due to become European capital of culture next year and the EFAs are the prelude to the cultural celebrations in the city over the next 12 months. “It’s a wonderful city and Estonia is a young and innovative country,” says Marion Doring (pictured), European Film Academy director and producer of this year’s awards. “We will try to reflect this in the awards ceremony.”

This year’s selection features 46 films representing 32 countries. The nominations are led by Roman Polanski’s The Ghost Writer (aka The Ghost) (pictured), which scored eight nominations including European film and European director. Other leading nominees are Lebanon (pictured) with six nods and Honey with three (see box, below).

One perennial challenge which confronts the Academy is how to stage a show which will appeal to a range of European countries with diverse sensibilities and often starkly different senses of humour. “We’re doing better every year,” Doring says of the challenge, while admitting “there is still a long way to go”.

The choice of presenter is key. Last year, German comedienne Anke Engelke won plaudits for her handling of the ceremony in Berlin. Multilingual and from a multicultural background, she was slick, funny and able to make jokes everybody understood. Unsurprisingly, she will be back.

Another task is convincing television networks to carry the show. With broadcast confirmed in 44 countries as of late October, Doring says “almost the same number” of broadcasters are on board this year as in 2009. The European Broadcasting Union (EBU) is also reporting an “increased request for news and content from the awards”. With the exception of Estonia’s public network ETV, which will showcase the awards live, all the others will televise the 90-minute edit produced by the Academy from Sunday, December 5. The language issue is the main reason for not showing the ceremony live, with no-one able to predict which languages will be spoken during the event. English is always the main language but award winners as well as some of the presenters may prefer to speak in their own language.

In addition, EFA is near to closing a deal with a channel which serves 43 African countries. Press coverage also appears to have increased, with Doring revealing she has 5,500 clippings related to last year’s ceremony.

EFA Productions, the Academy’s own non-profit company, stages the event, which costs approximately $2.2m (€1.6m). The Media Programme provides around $244,000 (€175,000) towards promotional work. The awards are voted by the European Film Academy’s membership, which currently stands at 2,300.

While it remains fanciful to talk about a pan-European star system, local talent plays a big part in the EFAs. “It’s always important whether there is a star or a film from the country of the viewer nominated,” notes Doring. “The local star may be even more important for the local viewer than an international star. The European audience still identifies much more with local/national stars or films than with European ones.”

This is a trend the awards are trying to change. The underlying goal of the event is to encourage interest across Europe in European cinema. “National stars or films being nominated for a European Film Award play an important role in achieving this, because they’re opening doors to other film cultures,” says Doring.

In the UK, the EFAs do not have a very high profile. There was a brief flurry of interest (and headlines calling the event the “European Oscars”) when they were held at the Old Vic in London in 1998. Since then, however, the broadcasters and public have been much more preoccupied by the Baftas, Golden Globes and Oscars.

Nevertheless, EFA exposure can be of use to distributors. “In the case of A Prophet, there was already a great deal of acclaim behind the film from Cannes onwards, so the EFA nominations did not have a huge impact though they were still a good element to work into the campaigns,” says Hugh Spearing, head of marketing at Optimum Releasing. “Previously, for a film like Gomorrah, they proved to be really useful, coming during the sustain period of release.”

Some have also questioned the timing of the awards. To be eligible for this year’s EFAs, films must have played at a festival or been released commercially after July 2009 — but leaving such a large gap means some nominated movies have already won Oscars 10 months before the EFAs are held.

“Most of these films are very fresh films,” Doring says of the 2010 crop. “I think this is the same with every awards. You have to take one period where you can choose your candidate. It’s obvious you will have some films which are one year old and at the same time, you have films which are brand new.”

The main innovations this year are new award categories for production design and editing, replacing the old prix d’excellence for crafts. Actor Bruno Ganz, whose credits include Downfall, has been selected to receive the lifetime achievement award.

The Academy defines Europe in broad geographical and cultural terms and not simply along European Union lines. Films from Israel and the Palestinian territories are eligible, as are titles from Baltic states and Western European countries.

Early champions of the EFAs such as Kieslowski, Chabrol and Bergman, may now be dead but many big-name film-makers continue to proselytise on behalf of the event. Wim Wenders is the organisation’s president (“He gives us a lot of inspiration… and criticism,” says Doring) while Volker Schlöndorff is deputy chairman.

At the age of 23, the EFAs are now a fixture in the film calendar. They may lack the profile of the big US awards shows but they have consistently put adventurous European cinema in the limelight — and, in the process, have helped that cinema to travel.

“The European Film Academy was an initiative of a group of filmmakers. It has always remained in the hands of the film-makers,” Doring says. “It’s fantastic to see that after 23 years, we’re still there.”