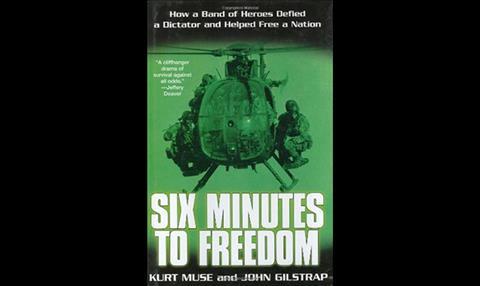 John Erick Dowdle will direct from a screenplay he will co-write with Drew Dowdle based on the novel by Kurt Muse and John Gilstrap.

The brothers’ action film No Escape is currently in release in the US and has grossed more than $24m through The Weinstein Company.

Six Minutes To Freedom centres on the true story of the rescue by US Delta Force operatves of American Kurt Muse, who was imprisoned in Panama for operating a pirate radio station.

Butan launched financier-producer MadRiver in Cannes, backed by a consortium of investors that include a $30m revolving equity investment from Christopher Woodrow’s Vendian Entertainment. Sierra/Affinity will handle international sales on projects that originate At MadRiver.