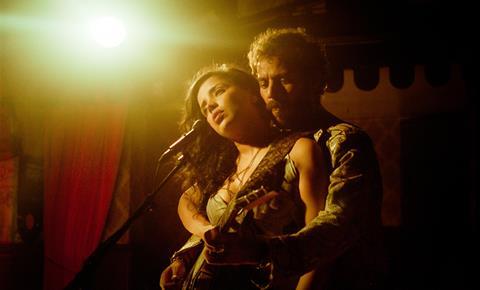 Upcoming feature films by Egyptian director Tamer el Said and Moroccan Bafta nominee Ismaël Ferroukhi are among the 28 projects to be showcased at the second edition of the Marrakech International Film Festival’s Atlas Workshops, running December 3 to 6.

“We got off to a good start in the first edition,” says Remi Bonhomme, who has spearheaded the meeting.

Bonhomme, who is best known internationally as the programme manager for Cannes Critics’ Week, has distinguished the Atlas Workshops from other project platforms in the Middle East and North Africa, by combining Arab-language works with productions hailing from the nascent film scenes of Sub-Saharan Africa.

He says the time is ripe for this type of operation. “There’s a lot going on around both regions,” he said. “This year at Cannes, there were seven Arab-language and African productions.”

As well as the win for 143 Sahara Street, he notes, that Senegalese film Nafi’s Father, by writer-director Mamadou Dia, won Locarno’s Golden Leopard in the Filmmakers of the Present competition this August.

The trend was further confirmed at Venice, where Lebanese feature All This Victory, swept the awards in Critics’ Week while Sudanese filmmaker Amjad Abu Alala won the festival’s Lion of the Future prize for You Will Die At 20.

This year, 10 projects will be presented in the development section.

Egyptian director el Said, whose Cairo-set drama In The Last Days In The City premiered in the Berlinale in 2016, will present his new feature project A Second Film. It follows an Egyptian filmmaker who has recently moved to Berlin. He gets involved in a collective project commemorating the 30th anniversary of the fall of the Berlin Wall which takes a strange turn when he starts receiving mysterious, anonymous videos.

Sub-Saharan African projects in that selection include Ethiopian filmmaker Hiwat Admasu Getaneh’s drama Sweet Annoyance about a free-spirited young woman who likes to surf the nightlife of the Ethiopian capital of Addis Ababa. Her life changes when she meets an equally independently minded artist. It is a debut feature for Gataneh who has participated in a number of festival talent development initiatives such as Berlinale Talents and the Locarno Summer Academy.

Macherie Ekwa Bahango will present autobiographical drama Zaïria drawing on the experiences of the director and her family in war-torn Zaire, now officially known as the Democratic Republic of Congo. It follows a family as it tries to escape the capital of Kisangani as rebels move on the city following the fall of President Mobuto.

Other non-African highlights include Palestinian London-based director Larissa Sansour’s ambitious sci-fi project Heirloom, set against the backdrop of post eco-apocalyptic Palestine. She is teaming with Danish artist and director Soren Lind on the project, produced by Palmyre Badanier under the banner of Akka Films.

Bonhomme highlights the presence of a trio of films in the post-production section made in countries that have rarely if ever produced a film in the past.

They include: Djibouti filmmaker Khadar Ahmed’s The Gravedigger about a man living in the slums of Djibouti City who is desperately trying to raise the money for his sick wife to have a kidney transplant. It is produced by Finnish production company Bufo with the support of co-producers Germany’s Twenty Twenty Vision and France’s Pyramide Productions.

In a rare work from the Comoro Islands off East Africa, Mohamed Saïd Ouma will present his documentary Red Card about three local Muslim athletes seeking to emancipate themselves through sport.

The post-production line-up also features historical drama A Tug Of War by Tanzanian filmmaker Amil Shivji, which was presented in the development selection last year.

The coming of age love story is set against the backdrop of Zanzibar in the final years of British colonial rule. It is one of the feature films to be shot in Tanzania’s Zanzibar Archipelago region in the Indian Ocean. South African producer Steven Markovitz, whose credits include Un Certain Regard titles Rafiki, aKasha and Winnie, is producing under the banner of his Big World Cinema banner.

Other films in the selection include Moroccan director edgy drama Zanka Contact [pictured] about the relationship between a solitary rock singer and a prostitute, and compatriot Ferroukhi’s coming of age tale Mica.

The latter film revolves around a 10-year-old boy who gets a job as an apprentice to a family friend working as a handyman in a swanky Casablanca tennis club.

The workshops also will also showcase a trio of films by more established filmmakers including Moroccan director Hakim Bellabbes’s drama Collapsed Walls, capturing life in a small Moroccan town and featuring an ensemble cast. In a bid to support local emerging filmmakers, the workshop will also be offering advice to six feature projects by Moroccan directors gathered under the Atlas Close Ups banner.

Bonhomme is expecting some 100 industry professionals including 30 festival programmers to attend this year.

Alongside the project presentations there will also be a programme of talks and panels. A highlight of which will be a series of discussions looking at the rise of genre in Middle East and African filmmaking. As part of this exploration of genre, there will be a discussion with French-Senegalese filmmaker Mati Diop on her use of genre in her Cannes Grand Jury Prize winner Atlantics.