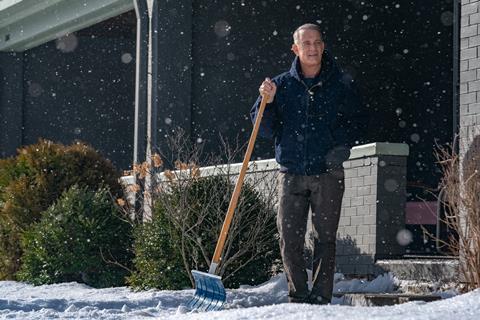 Sony Pictures has switched to a three-step platform release for Tom Hanks dramedy A Man Called Otto, moving the December 25 platform launch to December 30 in Los Angeles and New York.

After that Otto will get a limited launch on January 6 2023 prior to a wide expansion on January 13 2023, the original expansion date.

Marc Forster’s English-language remake of Swedish A Man Called Ove centres on grumpy Otto Anderson, who has lost the will to live following the loss of his wife and is planning to end it all. His plans change with the arrival of a lively young family who move in next door.

David Magee, nominated for the adapted screenplay Oscar for Life Of Pi in 2013 and Foster’s Finding Neverland in 2005, adapted the Otto screenplay from Fredrik Backman’s novel A Man Called Ove and that film’s screenplay by Hannes Holm.

Separately, Screen Gems ghost story Untitled True Haunting has been moved off January 6 2023. The studio did not provide a new date.