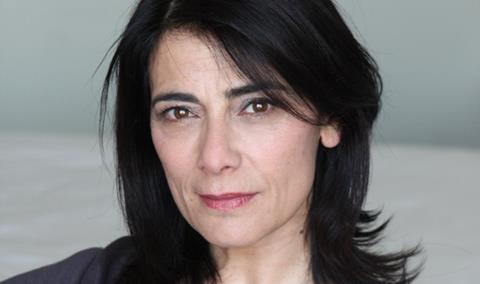 Lebanese actress Hiam Abbass [pictured] and Palestinian director Najwa Najjar will be among the film-makers presenting their upcoming feature film projects at the Dubai Film Connection (DFC) this year.

A total of 13 projects – hailing from Lebanon, Algeria, Jordan, Iraq, Egypt, Syria, Palestine and Morocco – have been selected.

Abbass will present her second feature-length film A Girl Made Of Dust, an adaptation of Nathalie Abi-Ezzi’s acclaimed novel about the experiences of a family living in a village near Beirut during the 1980s Lebanese civil war, told from the perspective of its youngest member, the eight-year-old daughter Ruba.

Najjar – who won the top prize at the DFC in 2011 for her last film Eyes Of A Thief – returns with The Son Of A Very Important Man, revolving around the divorce of the son of a famous Palestinian revolutionary from his Nazareth-born wife and the complications that arise from the fact that they hail from either side of the Green Line.

Other film-makers attending include Iraq’s Mohanad Hayal – whose hard-hitting short film Happy Birthday about children caught up in the Iraqi conflict screened at the Berlinale in 2013.

He will present his Baghdad-set drama Haifa Street (previously entitled Death Street) revolving around the death of a groom by a sniper shot on the day of his wedding day.

Respected Lebanese documentary maker Eliane Raheb will also attend with factual feature The Great Family about a woman - brought up in France by adoptive parents - who discovers she is descended from a Palestinian family who were caught up in the siege of the Tel al-Zaatar Palestinian refugee camp in Beirut in 1976.

Egyptian director Nadine Khan will reveal fresh details of her second feature In The Land Of Wonder, a Cairo-set version of Lewis Carroll’s Alice in Wonderland.

“The support provided by the DFC is vital for the growth of the regional film-making industry as the film-makers and their projects include a vast range of explorative themes and intimate stories from the region, helping the cinematic excellence of the UAE and the Middle East gain global recognition,” commented DIFF managing director Shivani Pandya.

DFC director Jane Williams, who oversees the selection, added:  “It is really fulfilling to be able to provide rewarding prospects to the talented producers from the Arab world, contributing to the future of the filmmakers as individuals and the flourishing industry as a whole.”