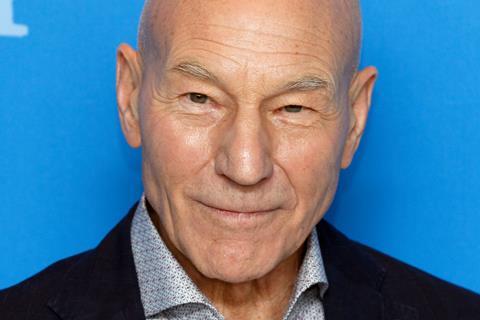 Under a multi-year deal with CBS Studios International, Amazon will be able to offer episodes of the streaming series within 24 hours of their US premieres in more than 200 countries and territories outside the US and Canada.

The deal represents a win for Amazon over its global streaming rival Netflix, which in 2016 struck a deal with CBS to become the exclusive outlet in 188 countries outside the US and Canada for Star Trek: Discovery, the streaming series spin-off that helped launch CBS All Access. Netflix also got rights to other series in the Star Trek franchise library.

The All Access streaming service has been a significant success for US broadcast network owner CBS, having secured an estimated four million US subscribers since its launch in 2017. The service launched in Canada and Australia (where it operates as 10 All Access) last year, though the Amazon deal includes Australia. In late 2017, then CBS Corporation chairman Les Moonves said there were plans to launch the service in “a number of other markets in multiple continents around the world.”

The new and as yet untitled Star Trek series is expected to debut by the end of this year, with Stewart reprising the Picard role he played for seven seasons on Star Trek: Next Generation. Produced by CBS Television Studios in association with Secret Hideout and Roddenberry Entertainment, the series has Alex Kurtzman, Michael Chabon, Akiva Goldsman, James Duff, Stewart, Heather Kadin, Rod Roddenberry and Trevor Roth among its executive producers.

Amazon Prime Video vice-president, worldwide content licensing Brad Beale commented: “We’re thrilled to partner with CBS to bring the newest edition of the storied Star Trek franchise to our international Amazon Prime Video customers. With the incredible Sir Patrick Stewart returning as the beloved Jean-Luc Picard, we’re excited we can give Trek fans both old and new the opportunity to see him back in action. It’s a terrific addition to our already robust catalogue of exclusive Amazon Prime Video content.”

CBS Global Distribution Group president and CEO Armando Nuñez added: “For 50 years, the Star Trek series have been a global sensation, spanning generations and audiences of all ages. It’s an honour to welcome Sir Patrick Stewart back for what is sure to be another world-class extension of the historic franchise. We look forward to working with the team at Amazon Prime Video to bring this next chapter of the incredible Star Trek franchise to its passionate international fan base.”