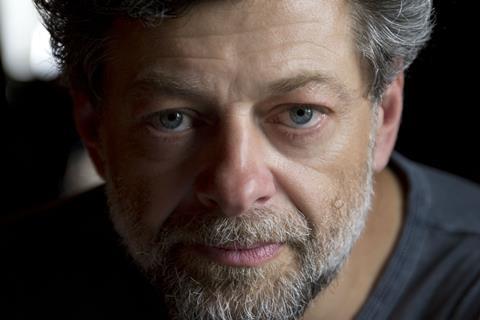 Andy Serkis has called for the greater protection of rights for digital performers.

Speaking at the IBC Show in Amsterdam, the UK filmmaker and performance capture artist questioned where the boundaries lay when an actor was digitally captured.

”If an actor’s performance from one movie is re-used in another there should be remuneration for that actor, no question,” said Serkis. ”It is their performance and… they should be paid for it.

“When your performance becomes data it can be manipulated, reworked or sampled, much like the music industry samples vocals and beats. If we can do that, where does the intellectual property lie? Who owns authorship of the performance? Where are the boundaries?”

The Lord Of The Rings and Planet Of The Apes star also raised the issue of ethics around bringing people back to life using digital technology.

”The ability to create photorealistic characters, to digitally de-age actors or digitally resurrect performances from actors who have passed, raises some serious issues,” said Serkis.

Ethical questions were raised when Peter Cushing’s image was used in Star Wars movie Rogue One in 2016, despite the actor having died in 1994. Serkis has portrayed a digital character in the latest Star Wars trilogy.

“Performance capture is the end of typecasting,” he suggested. ”With it, there should be great opportunities for disabled actors to play able-bodied characters.

“It would be possible for an actor of colour to play Abraham Lincoln and for me, as a middle-class white man, to play Martin Luther King. The question is whether that is ethically right. Diversity is hugely important so I can understand sensitivities about this.”

“Parachuted in” to Venom 2

Serkis, who was at IBC to receive the International Honour for Excellence, also discussed being confirmed as director of Sony Pictures’ Venom 2.

”I was very late to the process,” he said. ”I was literally parachuted in. We start in 10 weeks so there’s a very short period of time to take on this massive movie. The pressure is on.”

Tom Hardy, who plays the eponymous anti-hero, is joined by actors Michelle Williams and Woody Harrelson.

Serkis said of Hardy: “We’ve never worked together before but we’ve been circling round each other for years. I admire him as an actor and we respect each other’s work.”

Animal Farm in the works for Netflix

Serkis also discussed directing an upcoming performance-capture version of George Orwell’s Animal Farm for Netflix. The feature will be produced by The Imaginarium, Serkis’ performance capture company that was also behind Mowgli, his retelling of The Jungle Book.

”Animal Farm is well on its way,” he said. ”We’re just about to go into lengthy pre-production for character design, planning how they move physically and nailing the set design concepts. The good news is that we finally have a great script.”

The Imaginarium has developed techniques to translate the performance of human actors into four-legged characters.

Serkis said production would dovetail with the end of Venom 2.

The filmmaker added the biggest limitation to performance capture was the time required for an actor’s facial expressions to be animated.

”All the studios are chasing real-time facial capture because it will speed the pipelines for virtual production,” said Serkis.

“Right now, we have to wait for an actor’s facial performance to be retargeted onto a CG character’s face so when you begin cutting the movie you have to use a lot of workaround like cartoons or simple animations to convey the performance. If you could see the performance animated at the moment it happens that will be a real breakthrough.”