Study reveals France to be top producer of independent Arab cinema alongside Egypt and Lebanon with Qatar rising as a key funder. 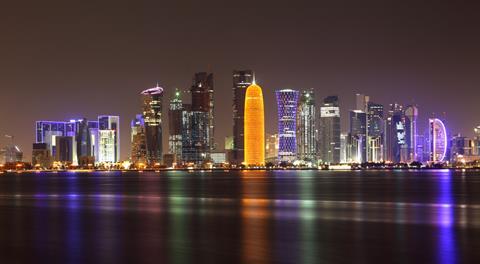 A “robust independent film scene” is taking root across the Middle East and North Africa, according to a new study by Northwestern University in Qatar (NU-Q) and the Doha Film Institute (DFI).

Based on data sets drawn from grant applications to the DFI, the study is the one of the first attempts to quantify and analyse film production across the Arab world.

It revealed that while mainstream comedies and dramas produced out of Egypt continued to dominate the Arabic-language box office at home and across the Middle East, a network of alternative cinematic voices and forms of film-making are starting to emerge out of the region.

“Analysis of previously unreleased data compiled by the Doha Film Institute reveals a robust independent film scene in the Arab World, which reflects far greater diversity than the relatively homogeneous mainstream cinema that has been the custom in the Middle East,” the partners said in a joint statement.

NU-Q’s research team focused on applications to the DFI for production and post-production grants for Arabic-language narrative features budgeted at between $1,000 and $5m, which the study terms ‘independent’.

“When you look at the narrative features made in the region in the last four, five years, the vast majority has been captured in the DFI funding application process. Our best estimate is around 70% of projects have gone to the fund,” said Robb Wood, director of strategic partnerships at the NU-Q, who co-authored the report.

In total, there had been 262 applications for feature narrative films meeting the study’s criteria since the DFI launched the funding scheme at the end of 2011, he said.

The findings were released during the DFI’s talent and industry event Qumra this week as part of a wider study – entitled “Media Industries in the Middle East 2016” – looking at developments in content production and distribution across all media in the region, including commercial and independent cinema, advertising, digital media, radio, television and print.

Highlights of the DFI and NU-Q findings included the fact that independent films were twice as likely to have female directors than commercial ones.

Roughly 30% of the writers and directors of the films in the sample were female, with Lebanon being home to more female filmmakers than any other country in the region.

Independent film in the region also originated from a far wider range of countries than more mainstream fare.

Egypt, which dominates mainstream cinema in the region, was also a key player in the independent scene - with Egyptians being the most common nationality of writers, directors and producers of independent film in the MENA region.

The most common nationality of writers of higher budget independent films was Lebanese, according to the DFI data.

France was one of the top producers of independent Arab films, with involvement in 20% of all the productions covered in the study, alongside Egypt and Lebanon, which were also both involved in 20% of the projects in the study.

Qatar boarded 17% of the titles – which is perhaps not surprising given the study was based on DFI grant data – while the United Arab Emirates produced just 4% of the projects covered in the research.

Other key producers by nation included Morocco, Algeria and Tunisia.

According to the study, 70% of the films applying for grants were produced by a single country.

DFI CEO Fatma Al Remaihi said the study was one prong of the institute’s ongoing mission to promote “Arab voices through the medium of film”.

“It is heartening to see from the study that the emergence of new systems, entities and collaborations across the region has contributed to an increase in the number of films being produced.”

“It is imperative that we sustain this momentum through more co-productions and joint venture initiatives to meet the growing appetite for Arab content in the region.”