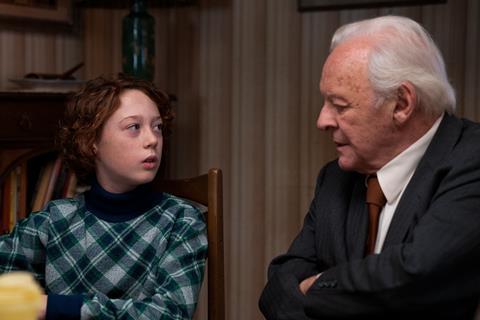 Gray and cast will be in attendance alongside NYFF filmmakers and supporters who have been integral to the festival’s success.

As part of its 60th anniversary celebration, the New York Film Festival will offer festival screenings in all five boroughs of New York City in partnership with Alamo Drafthouse Cinema (Staten Island), BAM (Brooklyn Academy of Music) (Brooklyn), The Bronx Museum of the Arts (Bronx), Maysles Documentary Center (Harlem) and The Museum of the Moving Image (Queens).

Each venue will present a selection of films throughout the festival, which runs September 30-October 16.

Armageddon Time premiered in Cannes and is an autobiographical coming-of-age drama. Anne Hathaway, Jeremy Strong, Banks Repeta and Anthony Hopkins star. Focus Features will release it in the US in October.

Gray’s The Immigrant screened in NYFF51 Main Slate selection and The Lost City Of Z was NYFF54 closing night selection.

The complete NYFF60 Main Slate line-up will be announced next week.