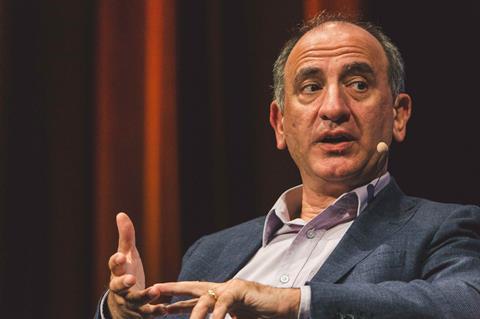 Armando Iannucci is reuniting with Death Of Stalin and Intouchables producer Yann Zenou on coming of age theatrical feature comedy Sumo, directed by Natalie Bailey. Iannucci will act as executive producer on the film, which Rocket Science is selling at the EFM.

The producers are Emily Leo and Oliver Roskill alongside Ado Yoshizaki Cassuto and Gianluca Chakra. The team has fully developed the project and will be producing the film under their respective companies: YZE, Wild Swim, Record Player, NDF International and Front Row Filmed Entertainment.

Sumo follows the story of Jonah, a silver-tongued and overweight kid with low self-esteem who meets Hana, a Japanese female janitor at his school – and an ex Sumo wrestler. Along with a pedantic and friendless building manager, this unlikely trio set about building a ‘Dohjo’ and training for the US Sumo Open.

The film is due to start shooting in Cape Town, South Africa in late spring. Casting is underway with more announcements set to be made soon.

“As with other films I’ve been involved with in the past, Sumo is the perfect feel-good movie with a heartfelt message at its core that audiences love all around the world. Richard’s script is literally “laugh out loud” funny whilst delicately exploring themes around body issues, bullying and self-worth. We cannot wait to bring it – and the explosive power of Sumo wrestling – to the big screen.” Yann Zenou commented.