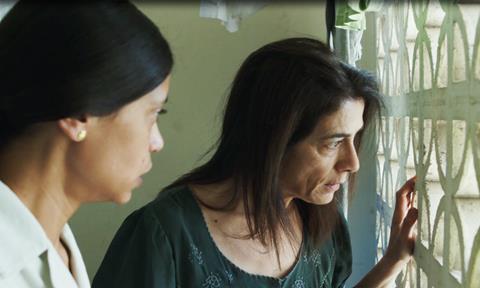 Screen can reveal the first trailer for Insyriated, a tense drama set during the Syrian civil war.

Watch the trailer below or on mobile click HERE.

It was directed by Philippe Van Leeuw. Films Boutique are handling international sales.

The story revolves around a mother of three (Hiam Abbass) who is trapped inside her flat in war-torn Aleppo. She tries to keep her family and friends safe as her home is threatened by bombs, snipers and burglars.

KMBO are distributing in france, with O’Brother Distribution handling Belgium.