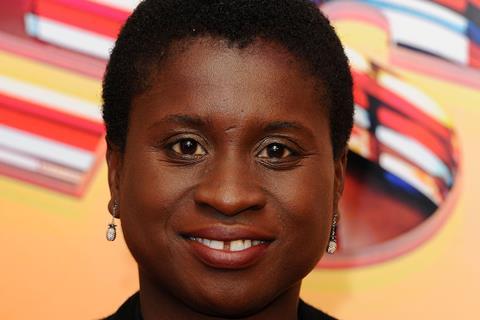 Ampadu, who has worked as an independent producer across UK and international projects for over 12 years, started in her role this week.

She will work on both the development and production funds, assessing applications, recommending funding decisions and providing hands-on creative, production and holistic support for filmmakers and film projects.

Ampadu will report to Natascha Wharton, the Fund’s head of editorial. She will work alongside Louise Ortega, who joined the Fund last year; as well as editor-at-large Lizzie Francke.

With Ortega, the portfolio for Ampadu’s role will have a focus on debuts, as well as working closely with BFI Network to ensure an effective crossover for new and emerging talent.

“I’m excited by the possibilities that lie ahead working within the framework of the new BFI 10-year strategy,” said Ampadu. “Engaged with the contemporary creative scene and immersed in an array of scripts and story ideas, I’m a dedicated supporter of under-acknowledged artists, diverse stories and voices. I plan to listen and be of utmost service in discovering and nourishing the best of UK talent in all its diversity and beyond, championing ground-breaking projects that resonate with audiences.”

“We are really energised that Ama is joining us and bringing a producer’s perspective to the team and one that is very international,” added Mia Bays, director of the BFI Film Fund, who introduced Ampadu to industry representatives at the BFI’s Sundance send-off breakfast on Monday, January 16. “We welcome her pragmatic approach and highly developed skills and relationships with filmmakers, and have no doubt that she will enrich the team, the organisation and the projects she supports.”

The BFI Film Fund is closed for applications ahead of the new BFI National Lottery Filmmaking Fund launching in March, as part of the rollout of the BFI’s new funding strategy.