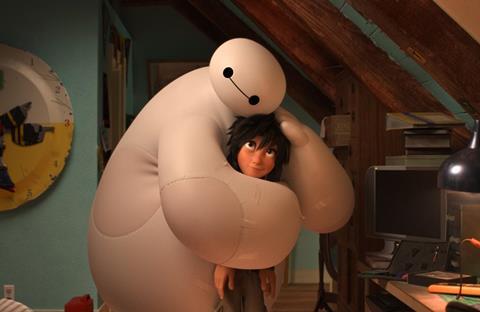 In a tighter race than most expected, Big Hero 6 has narrowly landed top of the UK box office ahead of Kingsman: The Secret Service.

It faces some potentially formidable family competition this coming weekend though with the arrival of StudioCanal’s Shaun the Sheep Movie, which will look to emulate the success of stablemate Paddington.

Despite missing out on top spot, Kingsman: The Secret Service enjoyed an excellent start as it charted second

The superhero outing is currently Vaughn’s best-ever UK performer with $22.6m (£15.03m), a target that could be in Kingsman’s reach if it holds well this coming weekend.

As expected, American Sniper is now the highest grossing Clint Eastwood directorial outing in the UK.

Trash posted the lowest-ever UK bow for director Stephen Daldry with a soft $119,000 (£79,000) at a site average of  $753 (£501). Despite the BAFTA nod, the film proved to be a tricky sell with its predominately Portuguese dialogue and local cast.

After four weeks in play, eOne’s awards contender Foxcatcher has amassed just over $3m (£2m) in the UK.