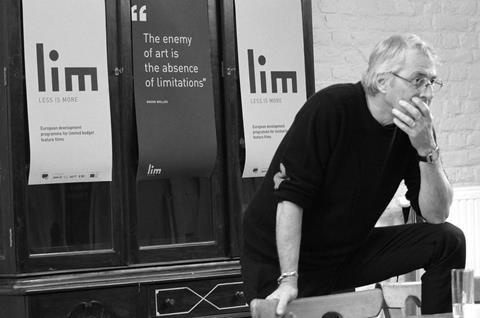 Sixteen projects have been selected for the second Less Is More (LIM) development programme backed by Creative Europe.

The scheme is open to writer-directors developing their first, second or third features, and also encourages submissions from theatre, documentary and the wider visual arts world.

Brittany-based Le Groupe Ouest, a partner of the TorinoFilmLab and co-founder of the Cross Channel Film Lab, runs the initiative.

All 16 projects are at script stage and heralding from countries such as the UK, Romania, Greece and Poland.

Each project team will be paired with a story editor who will help them integrate creative ideas within the budget.

The programme includes three one-week residential workshops, the first of which will take place in Brittany (March 7-14), the second in Romania (initially at Cluj-Napoca from May 30–June 3, where the projects will be presented to an audience of film professionals, and then in Transilvania from June 3-10) and the third in Lusławice, Poland from October 8-15.

Participants include Andy Herzoh, whose 2015 feature Wintergast premiered at Locarno; Lina Luzyte, whose Together For Ever played Thessaloniki and Karlovy Vary; Octav Chelaru, whose shorts have played at Locarno and Les Arcs; and Mark Towers, whose short The Alpha Invention played at UK horror festival FrightFest in 2015.