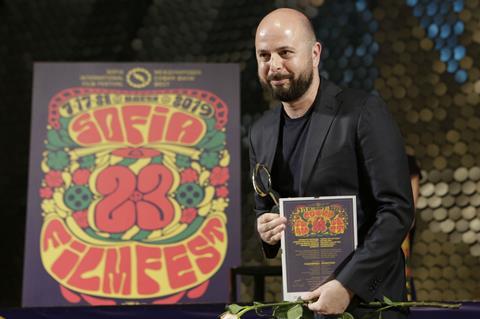 Bulgaria is poised to launch a financial incentive to attract high-budget international film and TV production to the south-eastern European country. The news was announced at last week’s Sofia Meetings (March 13-17) the biggest annual event of the Bulgarian film industry which runs as part of the Sofia International Film Festival (Mach 7-17).

“Bulgaria is practically the only country in Europe which doesn’t yet have an incentive but at the end of 2018 the government declared they are willing to do this and very fast,” said Jana Karaivanova, executive director of the Bulgarian National Film Center (BNFC) at the Sofia Meetings. “We have well trained crews who are some of the most professional in the region.”

Karaivanova said a working group would begin working this week with representatives from the four main Bulgarian government ministries and a cross-section of film industry professionals to prepare a concept for a production incentive.

The cash incentive would likely be administered by the BNFC which also oversees state investment of an annual €7m in the local production sector. Karaivanova revealed the Film Center had received an additional €1m from the Ministry of Finance at the beginning of the year.

“I decided to invest this extra money in low-budget productions and minority co-productions because for me, the name of the game is coproducing with the rest of the countries in Europe and abroad,” she explained.

The cash injection comes on the back of what Karaivanova described as “a hectic year” when production funding to Bulgarian producers by the Film Center was suspended at the end of 2017 as its aid schemes were not compliant with the terms and conditions of European Commission regulations.

“At the end of 2018 we passed the legislation and brought the turmoil to a close,” said Karaivanova. “There was a nice Christmas present of €2.5m which I was able to pay out to the producers so that they could start working on their projects in 2019 for which they had already fulfilled the cultural and financial criteria.”

The pending launch of new incentive has been welcomed by the local industry.

“It is extremely important to introduce a viable and well-prepared incentive as soon as possible because the [public] financing available out of Bulgaria for a local film is limited,” said producer Ivan Doykov of Dare Films.

Doykov has produced two of Bulgaria’s biggest local hits - Victor Bojinov’s historical epic Heights and Mission London. “I am interested in developing projects with international potential out of Bulgaria,” he said.

The new incentive was one of the talking points of the Sofia Meetings co-production market and the Sofia International Film Festival, which both wrapped in the Bulgarian capital on Sunday (March 17).

Romanian filmmaker Marius Olteanu’s debut feature Monsters was named the best film in the international competition and presented with the Sofia City of Film Grand Prix Award by the international jury headed by UK producer Nik Powell and including directors Ewa Podgórska and Ilian Metev.

Monsters, which premiered at the Berlinale Forum and is sold by Alpha Violet, is about a couple in crisis. Olteanu, who graduated from the UK’s NFTS in 2008, said Monsters is “a movie about the connections, the compassion and the compromises we make in our desire to stay with someone.”

The special jury award went to Dragomir Sholev’s The Pig, which also picked up the Fipresci Award and best Bulgarian feature.

The international documentary Jury gave its top prize to Bulgarian filmmaker Tonislav Hristov’s The Magic Life of V and gave a special mention to Talal Derki’s Oscar-nominated Of Fathers And Sons.

Israeli director Ram Nehari’s second feature project No Land For Me received the best pitching award with Cinelab Romania’s post-production services worth $28,400 (€25,000). Tel Aviv-based Yifat Prestelnik Films will produce the story of a Russian immigrant family in Israel during the second Intifada in 2002. Yair Grinberg wrote the screenplay.

“No Land For Me tells the story of coming of age in a violent and disputed land through the eyes of a young adolescent bouncing between his yearning for love and tenderness and the need to prove he’s a man,” said Nehari. “A man like an Israeli man is and a Russian man ‘should be’.”

Projects being pitched at the 16th edition of the Sofia Meetings also included two projects from Ireland: Patashnik, the fiction directorial debut of The Farthest director Emer Reynolds, is about the caretaker of a spaceship who longs to connect with the rest of humanity. The €5m psychological drama - which already has Screen Ireland and sales company Bankside Films onboard as financiers - was pitched in Sofia by Reynolds with Rioghnach Ni Ghrioghair of Dublin’s Samson Films.

Additonally writer-director Michael Kinirons was joined by producers Alicia Ní Ghráinne of Tiger Darling and Edwina Casey and Richard Bolger of Hail Mary Pictures to present his €1.4m debut The Sparrow. He described  it as ¨part family drama, part coming of age tale [telling] the story of a wounded boy who, unable to face his violent father, lies abut his brother’s death and his responsibility for the accident.¨

International sales agents and festival programmers also attended the parallel Balkan Screenings, which included footage of up to 15 minutes from 23 feature films and documentaries as works in progress. Some of the 18 Bulgarian productions presented already had sales companies in place, such as Beta Cinema for Stephan Komanderev’s Rounds, WIDE Management for Kristina Grozeva and Petar Valchanov’s The Father, and Reason8 Films for Yana Titova’s A Dose Of Happiness.