The former president of Fox Television Studios will help build the client roster at the online global marketplace for film and TV rights. 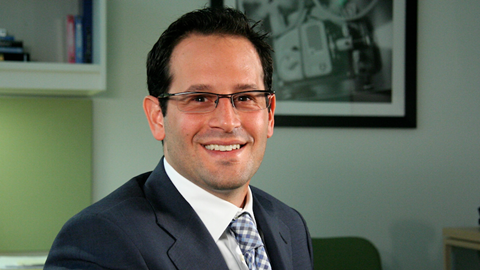 Calemzuk founded media company Rampante in partnership with Time Inc last year and offers expertise in both production and distribution in the international television market.

“We are thrilled to bring Emiliano onboard at this pivotal time in our company’s growth,” said RightsTrade CEO Steven Polster.

“His remarkable record of leadership and experience on the cutting edge of production and distribution of digital and television content is a huge asset to RightsTrade as we roll out a new generation of tools which speed up and simplify the entire licensing process from search to signature.”

“With hundreds of new VOD platforms entering the market and TV programmers needing to find and license content quickly, RightsTrade makes it easy for buyers and sellers to connect and license rights in a fraction of the time it takes today. The timing is right, the market is ready, and I think RightsTrade’s approach has the potential to revolutionise how deals get done.”

Calemzukis the former president of FOX International Channels Europe. He joined News Corporation in 1998 in the marketing group of Fox Latin American Channels and in 2000 become the youngest executive in the company to lead a business unit at age 26, when he held the post of vice-president, general manager of Fox Kids Latin America.

He went on to serve as vice-president and deputy managing director of FOX Latin American Channels and was named president of Fox Television Studios in 2007.