EXCLUSIVE: Palestinian hybrid work Ghost Hunting and Brazil’s The Trace [pictured] among works to be presented. 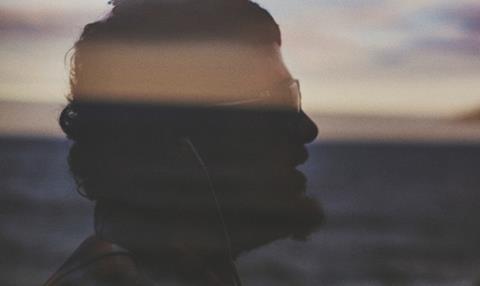 The Marché du Film’s Producers Network at the Cannes Film Festival (May 11-22) will put the spotlight on film projects from Brazil and Palestine this year in two separate sessions scheduled for one of its networking breakfasts.

The initiative adds a new dimension to the traditional breakfast “Spotlights” which have previously focused on producers from different territories.

“The idea is to do brief presentations of the projects at the beginning of the breakfasts so that those who are interested can then set up individual meetings,” said Marché chief Jerome Paillard.

“We’re not trying to branch into co-production in any big way, the Cannes Atélier already does that, we just want to set up a framework to support these projects.”

The five other “Spotlights” will present producers from South Africa (Kwazulu Natal Region), the Netherlands, Mexico, Canada and Poland.

The Producers Network will run May 12-18 this year. Its networking breakfasts each morning at the Plage des Palmes are a popular component of the industry programme, usually attended by more than 200 producers and key industry figures.

The Marché has partnered on the two project sessions with Films From Rio and Future Logic, a new platform launched by Palestinian filmmakers and producers last year to represent their national cinema at markets and festivals.

Films From Rio is a Brazilian industry initiative – involving a number of Rio de Janeiro’s cultural and training agencies — aimed at supporting the development of Brazilian projects at an international level.

Starting in 2014, it set the objective of accompanying six selected projects and their producers to three partner markets: the RioMarket at the Festival do Rio, Ventana Sur and finally Cannes’s Marché du Film this May.

The Marché has also been providing expertise and guidance along the way.

Set against the backdrop of Brazilian social unrest, the film revolves around a bright, young doctor who is asked to coordinate the overnight transfer of patients when yet another public hospital is closed in Rio. When a young girl goes missing, he tries to locate her but is gradually drawn into a terrifying world he wishes he had never entered.

“The FFR initiative has been essential to the development process as well as the strengthening of our project,” said Malu Miranda, producer on The Trace alongside André Pereira at Lupa Filmes.

“As a producer, it has given me the chance to learn and grow under the wings of guidance provided by the Marché, Ventana Sur and the Rio Market. It has been an extremely enriching experience.”

At the breakfast, Miranda will show footage or stills from the shoot, currently taking place in Rio de Janeiro until 12 April.

“We are looking to attract interest from sales agents and festival programmers,” she said.

Palestinian projects due to be spotlighted at the breakfast include Lina Al-Abed’s documentary Ibrahim, capturing her search for a Palestinian militant father who went missing in the 1980s, and Raed Andoni’s hybrid work Ghost Hunting, which was recently presented as a work-in-progress at the Doha Film Institute’s Qumra event.

Other projects include Mahdi Fleifel’s The Return about a group of long-time Palestinian refugees living in exile in a camp in Lebanon who are unexpectedly told they can return home. Fleifel is best known for the award-winning feature documentary A World Not Ours.

They are among seven projects currently being promoted by the fledgling Future Logic platform which was launched at the Dubai Film Market last December.

“The Producers breakfast is our second event and marks a continuation of the marketing journey we have set for the film projects participating in the platform, said Mohanad Yaqubi of Ramallah-based Idiom Films, one of the founders of Future Logic.

“We’re we are hoping to draw the attention of the Western European film industry and hopefully some North American interest. Our next event will be at Malmo Arab Film Festival in October,” he added.

The Serpent (A Serpente) by Jura Capela

Production: Rami Nihawi for Sak A Do

You Reap What You Sow by Alaa Ashkar – Documentary Feature