Superhero sequel dominates online buzz in the UK while Starred Up and Veronica Mars secure a sizeable portion. 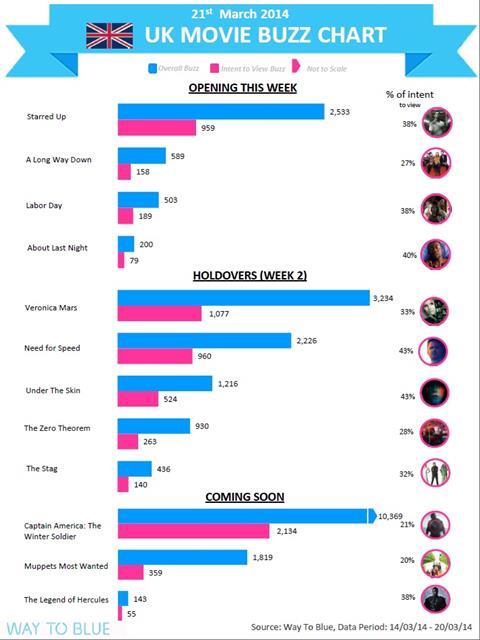 Ahead of next weekend’s opening of Captain America: The Winter Soldier, the online buzz in the UK was at fever pitch, generating 10,369 comments - 21% of whom expressed an intent to view.

Opening this week, British prison drama Starred Up retained a high score from last week of 2,533, with a strong 38% intending to see the feature.

On release for a second week, Veronica Mars created an overall buzz of 3,234 (33% intent to view) while Need for Speed and Under the Skin both scored an intent to view of 43%.