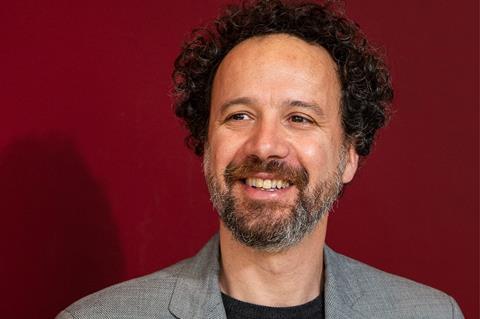 The press conference for the Berlinale 2020 (Feb 20-Mar 1) was the first from the new festival management duo of executive director Mariette Rissenbeek and artistic director Carlo Chatrian.

This was also the first time in the Berlinale’s history the programme press conference was streamed live via Facebook and the first time at least part of the press event would be held in the English language. Chatrian introduced his programme selection in German, venturing a couple of sentences ”in your beautiful language” before switching to English.

Moreover, the Berlinale’s 70th edition was the first one where the festival organisers decided to keep the Competition line-up under wraps until unveiling the selection in one go at today’s press conference.

Chatrian said he was now “at the end of an epic and exciting journey where we have encountered more than 6,800 films from the whole world - short as well as feature-length films, documentaries and fiction films”.

“The job of viewing and judging them is an enormous responsibility, but also a great privilege,” he said. ¨While we experienced the breadth and depth of these global productions, we found ourselves in quite a unique position. We consider ourselves not to be judges, but hosts, or, if you like, as bridge-builders.

“Without a doubt, the film selection is about taking decisions, but also about the obligation of building trust in films which are mostly being shown for the first time. Against this background, it is important not only to make the right decisions, but also to support these decisions.”

He explained: “the Berlinale’s programme is more than the competition for the Golden Bear…each film stands for itself but is also part of a bigger picture.”

Looking at his selection for the Competition, Chatrian pointed out that the city of Berlin “is very much at the centre of this edition¨ with the invitation extended to such films as Berlin Alexanderplatz, Schwesterlein and Undine.”

He said most of the films are “quite dark” such as Abel Ferrara’s Siberia. “A good number look at the dark side of human beings, either their inner fear or fear of the world outside.”

At the same Chatrian noted “comedy will play its role in the festival and the Competition” as shown by the example of a film like Delete History or the festival’s opening film, Philippe Falardeau’s My Salinger Year.

Many of the films grapple with the concepts of memory and history, said Chatrian, such as DAU, Natasha or Speer Goes To Hollywood, giving audiences an opportunity to examine their own relationship with history.