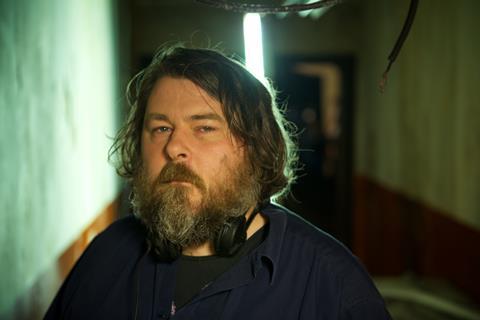 Maskell is playing the titular Colin while Dance, Squires, Riley and Cole are also joined by Richard Glover (Into The Woods), Mark Monero (Free Fire), Asim Chaudry (People Just Do Nothing), Doon Mackichan (Plebs) and Peter Ferdinando (Ghost In The Shell) in the cast.

The film is being made through Wheatley’s company Rook Films with his producing collaborator Andy Starke. Following wrap, the project has moved straight into the editing suite.

The team are keeping plot details under wraps while they process the material following the rapid shoot.

A source close to the project confirmed to Screen that the film has been entirely backed by Rook Films and that the shoot took place on the Isle of Portland on the southwest coast of England.

Below are images from the Colin You Anus set posted by the cast and crew.