‘Compartment No.6’ goes to Sony Classics for North America and other markets 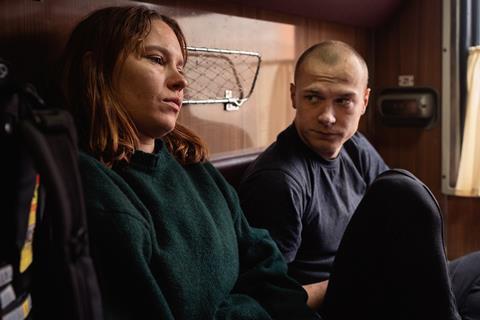 The deal was signed with Paris-based sales agent Totem Films, which is currently offering the film at Cannes after its competition screening last week. Kuosmanen won the Un Certain Regard prize at Cannes in 2016 for his debut feature The Happiest Day In The Life Of Olli Maki.

Inspired by Rosa Liksom’s novel of the same name, Compartment No.6 was written by Andris Feldmanis, Livia Ulman and Kuosmanen. Seidi Haarla and Yuriy Borisov star in the story of a young Finnish woman who escapes an enigmatic love affair in Moscow by boarding a train to the Arctic port of Murmansk, sharing the journey with a larger than life Russian miner.

SPC co-presidents Michael Barker and Tom Bernard said: “Compartment No.6 is a treasure. One of the great train movies with humour and romance, full of surprises. Just the kind of fresh movie audiences want to embrace right now. One of the best films we’ve seen here in Cannes.”

A statement from Totem added: “We’re thrilled to have Juho Kuosmanen join the filmography of great auteurs that SPC represent and delighted to be working again with such a great team.”