Hans Petter Moland’s crime thriller had the biggest opening weekend for a local film in Denmark since at least 2001. 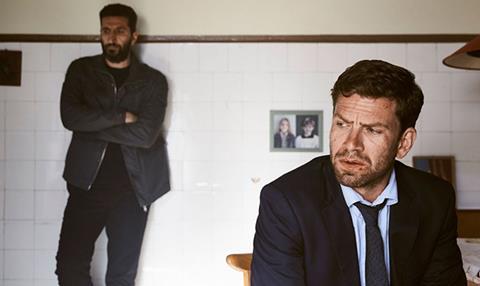 Danish crime thriller A Conspiracy Of Faith has set the best opening weekend for a local title at the country’s box office in 15 years.

Hans Petter Moland’s film has clocked 154,342 admissions since its release on March 3, in addition to a further 53,327 from previews.

The opening is the best for a local film since 2001 title Anja & Viktor, according to sales agent TrustNordisk.

The third film adaptation of Jussi Adler-Olsen’s Department Q book series, A Conspiracy Of Faith passed the openings of predecessors The Absent One (194,500 admissions including previews) and 2013’s The Keeper Of Lost Causes (175,314).

Adapted by screenwriter Nikolaj Arcel (A Royal Affair) the film stars Nikolaj Lie Kaas (Angels & Demons), Fares Fares (Zero Dark Thirty), Jakob Oftebro (Kon-Tiki) and Pål Sverre Hagen (Kon-Tiki) in the story of a Danish detective who discovers a message in a bottle that leads him to a gruesome crime.

The Media Programme of the European Union supported the development of the project.