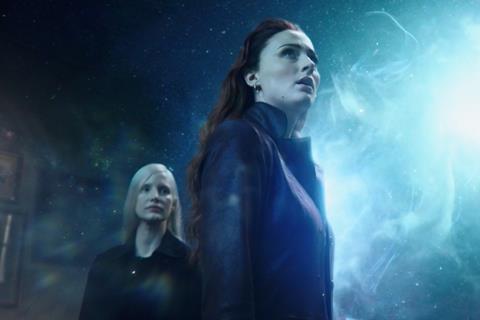 Godzilla II: King Of The Monsters stormed past $200m at the international box office and stands at the cusp of $300m worldwide. John Wick: Chapter 3 – Parabellum crossed $250m worldwide, and Rocketman opened on $712,000 in Russia after scenes depicting gay sex and drug use were cut.

Dark Phoenix’s international component accounted for $107m on top of a dismal $33m number two launch in North America that delivered the lowest opening from the X-Men universe. Overall, in like-for-like markets at today’s exchange rates, Dark Phoenix internationally is trailing X-Men: Apocalypse and X-Men: Days Of Future Past by 27% and 19%, respectively.

The fantasy adventure starring Will Smith and Mena Massoud scored the best debut of a Western film in Japan for the year-to-date on $12.9m over three days, which also earned the distinction of being the second highest ever opening weekend for a Disney live-action title (excluding the Marvel Studios and Lucasfilm franchises) behind Alice In Wonderland.

Elton John biopic Rocketman has crossed $100m worldwide from the early stages and stands at $101.8m. It grossed $13m from 50 international markets to reach $51.3m, and the UK remains the clear leader after a $2.8m session elevated the tally to $20.5m after three weekends. Australia delivered $2.4m in the second session for $7.3m.

Rocketman opened in Russia, where Central Partnership cut scenes depicting gay sex and drug use, at number five on $712,000.

The Secret Life Of Pets 2 added $16m from 30 territories for an early $49m, and stands at $97m globally. The family animation opened at number one in the Netherlands on $1.7m, and debuted top in Vietnam on $1.3m. The Italian debut ranked second on $1.1m. Russia delivered the top holdover on $3.3m for $16.9m after two sessions, while the UK generated $2.8m for $18.9m after the same period.

John Wick: Chapter 3 – Parabellum crossed $250m worldwide at the weekend. The action thriller starring Keanu Reeves earned $10.1m from 85 international markets to stand at $113.6m after four weeks. The UK remains the top market on $11.6m after four, followed by Australia on $8.8m after four, Germany on $8.1m after three, Russia on $7.3m after four, and Mexico on $6.8m after four.