Ajyal Youth Film Festival will return with a line-up of international and local features. 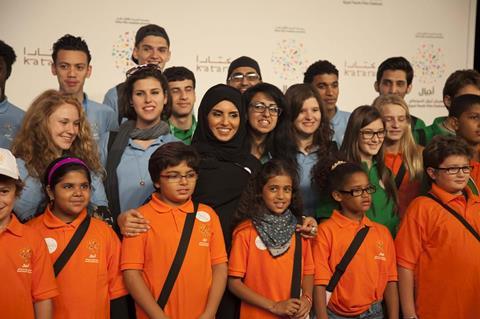 The Doha Film Institute has announced that it will host the second edition of its Ajyal Youth Film Festival from Dec 1-6 throughout Katara Cultural Village.

Following the inaugural edition, which showcased more than 40 films including shorts, documentaries, and features, the second Ajyal Youth Film Festival will again bring a selection of international and local films to Doha audiences.

Ajyal’s youth jury programme, the Doha Film Experience, will again provide young jurors from Qatar and the region the opportunity to watch, analyse, and discuss films from all over the world, enabling them to develop critical thinking, self-expression, and appreciation of the artform.

Fatma Al Remaihi, festival director, said: “The Ajyal Youth Film Festival was launched with the goal to encourage a love of cinema among the young people of our community and provide a space where they can express themselves through culture and creativity.

“The first edition proved that film can truly bring people together and we were overwhelmed by the positive response from our jurors and festival-goers. Through the second edition, we will continue to contribute to the growth of Qatar’s film culture with a programme designed to spark young imaginations and inspire the next generation.”

After hosting more than 400 young jurors of 45 nationalities through the first Doha Film Experience, Ajyal will again invite young people aged 8 to 21 to participate in the youth jury.

The festival will include the Made in Qatar segment, which supports homegrown filmmakers from Qatar, by providing them with an opportunity to showcase their work.

Also returning will be The Sandbox, an interactive digital space offering access to the latest in film and media technologies where audiences can interact, learn, and create their stories using apps, creative tools, and knowledge of hands-on sessions.