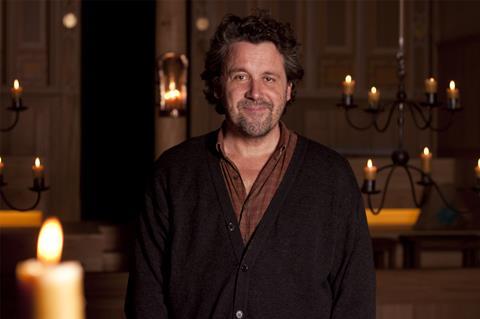 Dominic Dromgoole, the former artistic director of London’s The Globe Theatre, will direct and produce Folio! Folio!, a feature comedy about the publication of the ground-breaking edition of Shakespeare’s works.

The film is aiming to shoot in summer 2022, produced by Marcus Coles’ UK company Folio 400 Productions. The company was founded to celebrate the 400th anniversary in 2023 of the publication of Shakespeare’s Folio – the first full collection of his plays, including the previously unpublished Macbeth, Julius Caesar, Twelfth Night and The Tempest.

The script for Folio! Folio! is complete, written by Richard Bean and Clive Coleman, who co-wrote Roger Michell’s Venice 2020 out of Competition title The Duke. It begins after Shakespeare’s death, telling the story of his friends John Heminges and Henry Condell who join forces to publish the first Folio and save many of his plays. Additional production partners are expected to board the project closer to production.

Dromgoole is developing a separate documentary on the Folio with Sally Angel’s UK firm Angelica Films.

Folio 400 has also launched a website to celebrate the making of the edition, as a resource for both students and Shakespeare lovers. It was created and produced by Coles, in collaboration with Dromgoole and Folio expert Emma Smith, professor at Hertford College, University of Oxford. The latter was a script supervisor on Josie Rourke’s 2019 feature Mary Queen Of Scots.

Dromgoole was artistic director of The Globe Theatre from 2006 to 2016, and more recently artistic director of Classic Spring Theatre Company. Since 2016 he has produced six features for his Open Palm Film Company, including Simon Amstell’s Benjamin, Bill Buckhurst’s Pond Life starring Esme Creed-Miles and Daisy Edgar-Jones, and John-Paul Davidson and Stephen Warbeck’s The Man In The Hat.