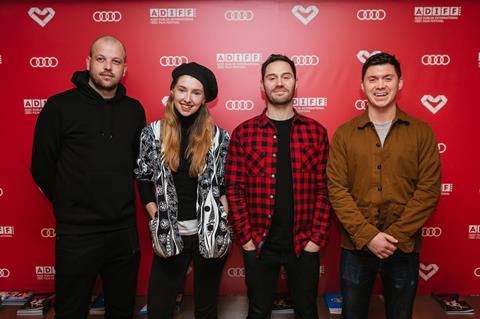 The 2018 Dublin International Film Festival braved heavy snowfall this weekend to hand out its annual Discovery Award to four rising stars in the Irish film industry.

This year’s Discovery Awards went to director Mia Mullarkey for her documentary Mother & Baby, Rua Meegan and Trevor Whelan for their work on Bordalo II: A Life of Waste, and TJ O’Grady Peyton for directing and starring in Wave.

Despite going ahead with the awards ceremony at Dublin’s Light House Cinema on March 5, many of the festival’s screenings had to be rescheduled to later dates between March 9-12 because for the extreme weather.

This weekend Glasgow Film Festival also had to cancel the majority of its programming due to inclement weather.

The ceremony wrapped with the presentation of the Dublin Film Critics Circle Awards.

In the directing categories, Chloe Zhao received the top prize for her work on The Rider, and Rebecca Daly scored best Irish director for Good Favour.