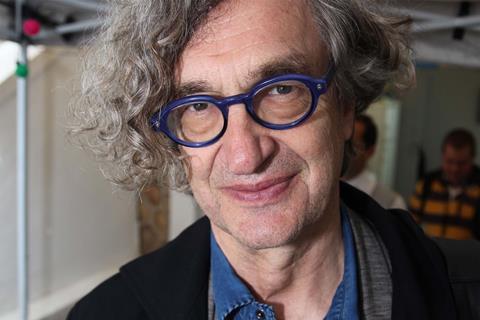 Director Wim Winders has condemned the dismissal of the director of the Polish Film Institute Magdalena Sroka.

Sroka was dismissed by the Polish Minister of Culture and National Heritage after her department sent what has been described as a “scandalous” letter to MPAA president Christopher J. Dodd.

Wenders, writing on behalf of the European Film Academy (of which he is president), said in an open letter to Piotr Glinski, Poland’s Minister of Culture and National Heritage: “I wish to express our deepest concerns about the dismissal of the Head of the Polish Film Institute, Magdalena Sroka.

“Polish cinema does not only belong to Poland. It is an important part of European and world culture, so we therefore all care about it.

“The Polish Film Institute is financed by private sources, and the director can only be dismissed by the government if she has broken the law which she hasn’t.

“What you’ve done here is an expression of disrespect for culture and artistic freedom, and that, indeed, concerns us as a European Academy.”

It said: “On behalf of the organisations and associations of the Polish film community, we are protesting the unlawful dismissal of Magdalena Sroka from her position of Director of the Polish Film Institute. As the Board of PISF pointed out in their official resolution, none of the circumstances, named in the Cinematography Bill as reasons to dismiss the Director before their term ends, have taken place.

“In this situation, the dismissal of Director Magdalena Sroka on 9 October 2017 is a serious breach of law, while treating this fundamental resolution from the Board as a simple opinion indicates ignorance of the Cinematography Bill as an act of law. The dismissal of the PISF Director is also incomprehensible in the light of a recent great success of the Polish Film Festival in Gdynia.”

Sroka’s letter to Dodd was intended to procure a license to use parts of the Oscar ceremony devoted to Polish filmmakers for a film promoting Polish cinematography in Cannes.

The ministry of culture claimed the letter “jeopardised the image of Poland and Polish cultural institutions on the international arena” and was a “violation of [Sroka’s] professional responsibilities”.

Sroka said when she familiarised herself with the letter’s content the employee responsible for writing it was fired.

The Polish government has been accused of undermining democracy in the past two years through its judicial reforms, which prompted huge protests this summer, and by taking control of state media.