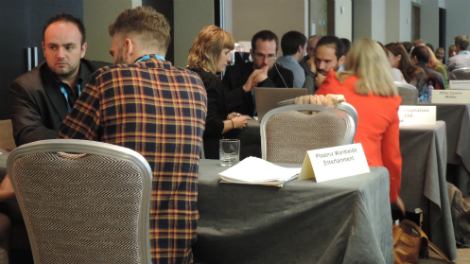 Some 23 filmmaking teams are set to connect with investors at this year’s Film London Micro Market.

Micro Market is for feature projects budgeted at under €1m ($1.1) and is supported by Creative Skillset, complementing the Film London Production Finance Market at the BFI London Film Festival.

A total of 17 UK projects will be joined by six international projects from Sweden, Ireland, Norway, Israel, Italy and Indonesia - the last being a project which has come out of Microschool International, the training bootcamp Film London held earlier this year.

The 23 financiers hoping to pick up features from breakthrough talent include Universal, HanWay, 42, Metrodome and The Works, with international delegates from Wild Bunch, Back Up, Le Bureau and Cocinelle.

This year the Market’s keynote speech will be delivered by producer Rory Aitken whose credits include Shifty, Welcome to the Punch, Monsters: Dark Continent and the upcoming Collide, starring Nicholas Hoult.

Along with the chance to pitch their features to potential financiers, Micro Market includes sessions on the perfect pitch, finance plans, negotiation, deal-making and alternative sources of finance. Training begins today at London’s Wellcome Centre.