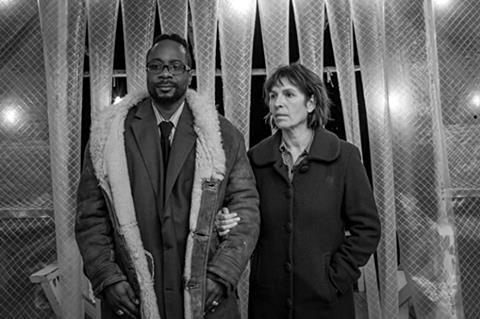 Svetlana Yancheva stars as a strong-willed widow in Bulgaria who enrages her village when she takes in an African refugee (Michael Fleming) who she finds in the woods while hunting.

The black and white Bulgarian drama will receive its North American premiere at Santa Barbara Film Festival in early April.

“At a time when divisiveness and fear of the unknown is a global epidemic, Fear shows us that we truly have the ability to connect through our shared humanity,” said Rosenberg. “And aside from having a vital and timely message, the stunning cinematography and terrific ensemble will assure Ivaylo’s wonderful drama will connect with North American audiences.”

Producer Assen Vladimirov added, “Fear could not be more timely in its reflective portrayal of issues of race, acceptance and inclusion.”