Film to screen on June 5 in New York to commemorate Pride Month. 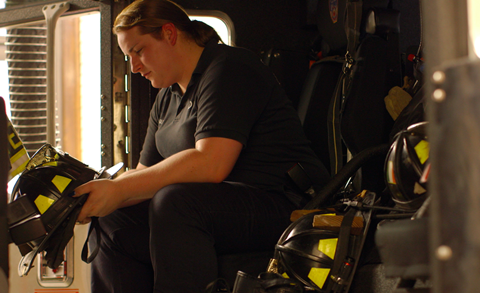 Guinan’s father and grandfather served as New York firefighters, yet she experiences obstacles in her career in what remains a male-dominated profession.

Woman On Fire will screen to the public on June 5 at BAM Rose Cinemas in partnership with Brooklyn Pride. Guinan will be honoured as a Grand Marshal at this year’s LGBT Pride March in New York on June 25.

“We feel privileged to be able to share Brooke Guinan’s remarkable story of strength and resilience,” FilmRise CEO Danny Fisher said. “Julie Sokolow has crafted a sincere and timely documentary that we believe will resonate with viewers everywhere.”