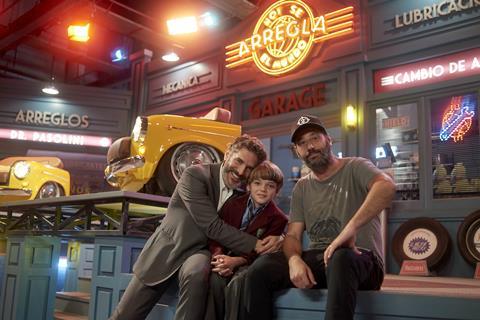 Leonardo Sbaraglia from Wild Tales and Pain And Glory stars in the production from powerhouse Argentinian producer Patagonik as a busy talk show producer who discovers he is not the real father of the nine-year-old in his household. After the mother dies he sets out with the boy to find the real father.

Winograd is riding high with current Argentinian hit The Heist Of The Century, and last year’s Mexican smash Tod@s Caen, and just signed a first-look deal with Viacom International Studios. His credits include Ten Days Without Mum, which Sony Pictures International Productions and Bowfinger International have remade for Spain.

Luis Luque (The Heist of The Century) and Martín Piroyansky (That’s Not Cheating) round out the key cast on Today We Fix The World.