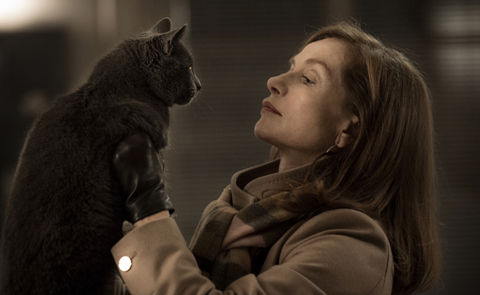 France’s National Cinema Centre (CNC), which oversees the selection process, made the announcement on Monday (Sept 26).

The film generated considerable buzz at Cannes, where it world premiered in Competition, for its subject matter and Huppert’s strong performance.

It is the first time France has submitted a film by a non-French national since Israeli director Moshé Mizrahi’s Madame Rosa, starring Simone Signoret as a retired prostitute, in 1977. It went on to win the Foreign Language category.

Verhoeven’s films have been submitted for the Foreign Language category twice before, but for his native Netherlands.

His films have also be nominated several times in the technical categories.

Produced and sold internationally by Saïd Ben Saïd of SBS Productions, Elle is distributed by Sony Pictures Classics in the US.

SPC was already expected to campaign for a Best Actress nomination for Huppert, who many in the business feel is overdue recognition by the Academy of Motion Picture Arts and Sciences (AMPAS).

The other hot favourite, however, was François Ozon’s black-and-white, First World War drama Frantz which world premiered at Venice to warm reviews.

Ozon, who was invited to become a member of AMPAS in 2015, has only ever been submitted to the Oscars once by France, for 8 Femmes in 2002.

France at the Oscars

The last time France won the Oscar in the Best Foreign Language Film category was in 1993 with Régis Wagnier’s Indochine starring Catherine Deneuve.

But the country still has a strong Oscar track record.

Last year’s submission Mustang — by Franco-Turkish director Deniz Gamze Erguven’s – made it all the way to the final nomination short-list but lost out to front-runner Son Of Saul on the night.

The 89th Oscar ceremony will take place on February 26, 2017, at the Dolby Theatre in Hollywood.