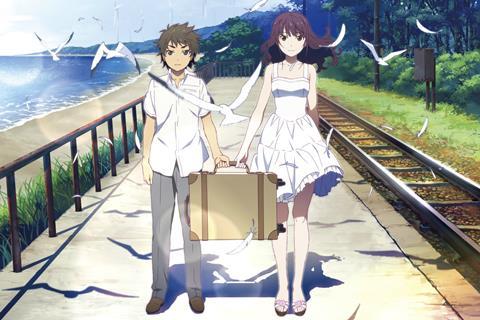 Nobuyuki Takeuchi directed the story about star-crossed lovers with a sci-fi twist. When a shy boy runs away with his love and things turn sour, he discovers a multi-coloured ball in the sea with the power to turn back time.

However each reset brings further complications and moves the couple further away from each other until they risk losing sight of reality altogether.

Akiyuki Shinbo served as general director on Fireworks, which GKIDS plans to release theatrically this summer.

Since 2010 GKIDS has has earned 10 animation feature Oscar nominations, most recently for The Breadwinner earlier this year.

The company also distributes the Studio Ghibli library in North America, and recently launched the annual Animation Is Film festival in Los Angeles.