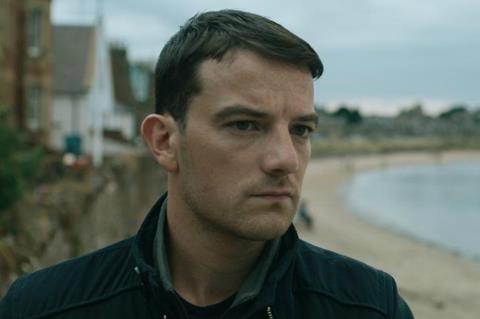 The Glasgow Film Festival has unveiled the full programme for its 15th edition which will run from February 20 until March 3.

Two horror titles, Automata from Lawrie Brewster and Here Comes Hell from Jack McHenry, will have their world premieres in the FrightFest strand.

As previously announced, Jonah Hill’s Mid90s will open the festival, with Brian Welsh’s Beats, set in the Scottish rave scene of the 90s, closing the event.

Special events include a screening of Glasgow director Robbie Fraser’s documentary Final Ascent about the life of Scottish mountaineer Hamish MacInnes, with Michael Palin (who features in the film) in attendance.

Stand-up comedians Bo Burnham and Simon Amstell will both attend the Scottish premieres of their respective directorial debuts, Eighth Grade and Benjamin.

As part of the ‘Sound & Vision’ section, Lance Bangs is taking part in an ‘in conversation’ event discussing his career directing music videos for artists including R.E.M. and Björk. GFF will screen the UK premiere of his Sonic Youth concert film Daydream Nation, shot in 2007 at the Glasgow ABC venue which was extensively damaged in a fire last year.

A series of ‘pop-up’ immersive screenings will this year include Fight Club and The Blair Witch Project.

The festival will also host a tribute to US filmmaker Elaine May called ‘May Days’, screening all four of her works as director including 1972 comedy The Heartbreak Kid.

As in previous years, 10 films by first or second time directors are eligible for the festival’s main award, the audience award. These include Marta Bergman’s debut Alone At My Wedding, about a Romani woman who becomes a mail-order bride; and Carmel Winters’ Float Like A Butterfly, about a young girl from Irish roadside camps who progresses as a boxer. Last year’s audience award was won by Xavier Legrand’s Cesar-nominated Custody.

The festival will announce its industry programme next week.