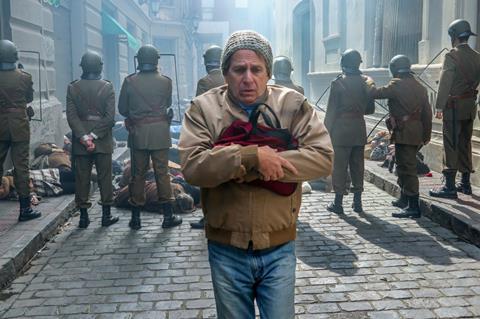 The film will be introduced to buyers during the virtual market portion of the Toronto International Film Festival, also in September.

A pan-Latin American co-production, My Tender Matador is based on the novel by LGBTQ+ activist Pedro Lemebel. Alfredo Castro stars as an elderly cross-dresser in 1980s Chile. Producers are Lucas Engel, Florencia Larrea and Gregorio Gonzalez of Forestero in Chile; Ezequiel Borovinsky of Tornado in Argentina; Alejandro Israel and Diego Martinez Ulanosky of Caponeto in Mexico; and Jorge Lopez Vidales of Zapik Films in Chile.

Tamara Nagahiro, head of sales for Grandave International (film sales arm of finance company Grandave Capital), said: “My Tender Matador aligns with Grandave’s mission to champion diverse and exceptional filmmakers and amplify stories of social movements and inclusion. We’re honoured to be a part of introducing a global audience to such an impactful and remarkable film.”