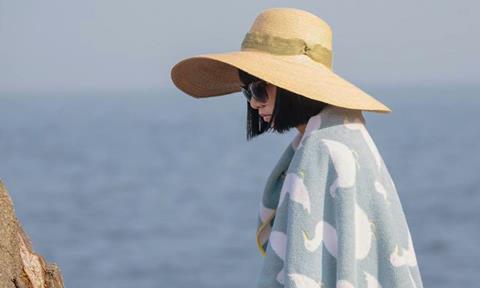 Scheduled to take place March 13-15 during HAF, the WIP Lab aims to match filmmakers with post-production funds, sales agents and film festival support. Wanda Media and post-production houses G2D and White Light will hand out awards to projects selected for the lab.

Doyle and co-director Jenny Suen are bringing Hong Kong-set noir fairytale The White Girl (pictured), starring Joe Odagiri, Angela Yuen and Michael Ning, to the lab. Produced by Hong Kong’s Pica Pica Media with backing from Malaysia’s Astro Shaw, the film follows three outcasts – an artist, a street kid and a girl who is allergic to the sun.

Nguyen’s The Third Wife, which won the HAF Award in 2016, revolves around a newly-married girl fighting to find her own place in a rural household full of strangers. Zhou’s End Of Summer, a family drama set against the backdrop of the 1998 World Cup, is produced by a trio of high-profile filmmakers – Terence Chang, Jacqueline Liu and Yuyu Yang.

Hong Kong projects in the lab also include Simon Chung’s I Miss You When I See You, which explores what it means to be gay in Hong Kong; and Angelina Chen’s documentary I’ve Got The Blues, about Hong Kong artist and musician Wong Yan-kwai.

Seven film projects have been identified from the 3rd First Feature Film Initiative, co-organised by Create Hong Kong and Hong Kong Film Development Council. Established filmmakers such as Shirley Yung, Mabel Cheung and Chan Hing-kai are among the producers on the projects.

HAF is also collaborating with the Cannes Marche to present “Hong Kong Goes to Cannes”, an initiative to showcase five promising Hong Kong film projects that are looking for sales agents and film festival exposure.