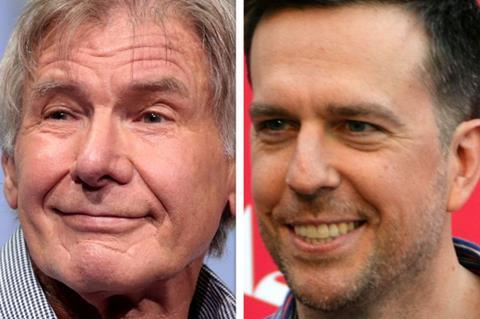 STXfilms has acquired comedy script The Miserable Adventures Of Burt Squire Aboard The Horn High Yo with Harrison Ford and Ed Helms attached to star.

Ben Bolea wrote the screenplay inspired by a true story about a family man in the middle of a midlife crisis who embarks on a dream sailing vacation, only to end up shipwrecked in the Atlantic with an unhinged sea captain.

LD Entertainment’s Mickey Liddell and Pete Shilaimon are producing the film alongside Kim Zubick, with Helms and Mike Falbo through their Pacific Electric Picture Co. LD’s Michael Glassman will serve as executive producer.

Ford most recently followed his return to the role of Han Solo in the Star Wars franchise by starring in The Call Of The Wild, and in Blade Runner 2049 as Rick Deckard.

He will next star in Annapurna Television’s The Staircase and will reprise his role as Indiana Jones.

In prep is the NBC show True Story hosted by Helms and Randall Park, based on the Australian show.