HBO Max gets May launch date in US 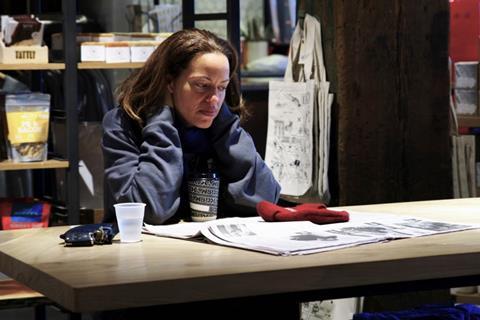 WarnerMedia has set May 27 as the official US launch day for its HBO Max streaming service.

The media giant, which had previously said only that the service would launch in May, also confirmed that original series to be available from launch will include scripted comedy Love Life starring Anna Kendrick, Sundance official selection feature documentary On The Record about alleged sexual abuse in the music industry,  underground ballroom dance competition series Legendary, and Sesame Workshop’s The Not Too Late Show with Elmo.

Over the summer and autumn, the company said, originals including The Flight Attendant starring and executive produced by Kaley Cuoco, Ridley Scott’s sci-fi series Raised by Wolves, and the Friends unscripted cast reunion special will be added to the service.

In addition to originals, HBO Max will offer 10,000 hours of content including the entire HBO service, past and present titles from Warner Bros and third-party acquired series and movie titles. Subscribers will get access to more than 2,000 feature films within the first year, among them Crazy Rich Asians, A Star Is Born, Aquaman, and Joker.

Commenting on the launch date announcement, WarnerMedia Entertainment and direct-to-consumer chairman Robert Greenblatt said: “Our number one goal is having extraordinary content for everyone in the family, and the HBO Max programming mix we are so excited to unveil on May 27th will bear that out. Even in the midst of this unprecedented pandemic, the all-star teams behind every aspect of HBO Max will deliver a platform and a robust slate of content that is varied, of the highest quality, and second to none. I’m knocked out by the breadth and depth of our new offering, from the Max originals, our Warner Bros library and acquisition titles from around the world, and of course the entirety of HBO.”

HBO Max chief content officer Kevin Reilly added: “Consumers will quickly see that HBO Max is set apart by a foundation of loved brands built over decades but stitched together with a distinctive voice and product experience. Our team has meticulously selected a world-class library catalogue and collaborated with top creators across all genres to offer a monthly cadence of original series and movies that we will programme and promote for cultural impact.”