Avatar financier deemed to have been trading with a view to making a profit but investors could be out of pocket. 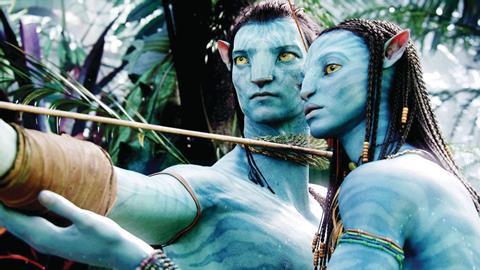 Both HMRC and UK financier Ingenious have claimed victory in their long-running tax battle.

HMRC had claimed that Ingenious Media Film partnerships tried to create artificial losses from backing a range of films, amounting to tax avoidance.

However, the Tax Tribunal’s ruling is that Ingenious funding schemes were trading with a view to a profit, thus escaping the label of tax avoidance.

But the Tribunal has also effectively reduced the amount of money the investors can claim back through tax.

The financier said that it was “pleased” that the Tribunal had recognised its investment schemes as “bona fide businesses run for profit” but in a letter to investors last week it also expressed frustration over what it deemed an “arbitrary and subjective” decision relating to the potential investor shortfall.

Neil Forster, chief executive of The Ingenious Group, told the FT that he and his company is still considering whether to challenge the decision.

He said: “The broad impact of these adjustments would be to reduce the trading losses allocated to you and therefore your ability to offset those losses against your tax liability in the relevant financial year - although not to zero, which is what HMRC argued before the Tribunal.

“The precise impact of these changes on your tax liability will take some time to process given the volume of adjustments required on a film by film, year by year basis.

“This will also necessitate further discussion with HMRC, as directed by the Tribunal, which will inevitably take some time.”

An HMRC spokesperson said last week: “The loss relief participants will get (yet to be determined) will be significantly less than they have claimed and will be a lot less than the cash they have spent on the schemes.”

“And they’ll have the interest and legal fees on top - so all in all a very expensive punt for the investors.”

Ingenious has subsequently countered those claims:

“The Ingenious investors received no more tax relief than the cash they invested. Furthermore, investors have incurred no legal costs in this fight, all of which have been paid for by Ingenious,” it said in a statement.

“Although part of the tax relief on film costs has been disallowed a corresponding proportion of film income will no longer be taxed. In the case of all our partnerships, this will result in less taxable income being brought into account than would otherwise have been the case.”

“As a result we believe investors are better off now than if they had accepted HMRC’s offer to settle four years ago, and considerably better off than the position HMRC had attempted to argue at the Tribunal which would have seen them receive no tax relief on their investment.”

Ingenious is one of the UK’s most important private film financiers. Recent investments for the financier include Brooklyn and Carol. It has previously backed Hollywood blockbusters including Avatar and Dawn Of The Planet Of The Apes.

The dispute is a continuation of a decade of wrangling between the investment company and HMRC.

In a separate dispute ruled on last week, HMRC also claimed victory against investment scheme Icebreaker, which it said had tried to create artificial losses from investments in limited liability partnerships and was thus running a tax avoidance operation.