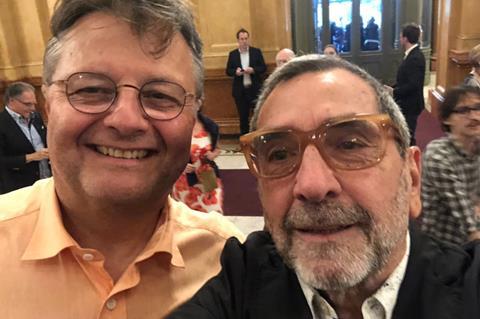 The 2021 hybrid Ventana Sur market in Argentina will run November 29-December 4 in its new venue in central Buenos Aires, the Centro Cultural Kirchner.

The event organised by Cannes Marché and Argentina’s national film body INCAA is expected to host more than 50 projects across works-in-progress, pitching sessions, animation and the Blood Window genre sidebar, among others. Organisers Jerome Paillard and Bernardo Bergeret have expressed confidence ahead of the event after borders reopened and more than half the population has been vaccinated.

Many activities will be available online and distribution activities related to promotion, sales and market screenings of more than 100 Latin American and European films will take place exclusively at Ventana Sur Online accessible to registered buyers from around the world.

New programme SoloSerieS will present approximately 20 projects in development for fiction and documentary series in Latin America. Espotlight will present 11 series while Flixxo will showcase eight micro series projects in development. Five projects from Argentine female writers will receive mentoring and participate in an online pitch session with the involvement of Netflix.

Another new programme is Maquinitas - Let’s Play which brings together representatives of the Ibero-American video game industry to promote production and showcase regional talent. A selection of 10 video game projects in development will be pitched.

Proyecta returns to present pitches of 6 projects (including four from Europe) in development seeking international partners, co-producers and sales agents. The sidebar is organised in association with San Sebastian Festival and the support of Creative Europe.

Punto G showcases work by female and non-binary directors and producers from all over Latin America, while DocSur is a new space for documentary filmmaking and features 12 non-fiction projects in post-production from the region.

More than 200 international participants are expected in Buenos Aires this year. Registration is open and the €40 early bird rate applies until November 1.